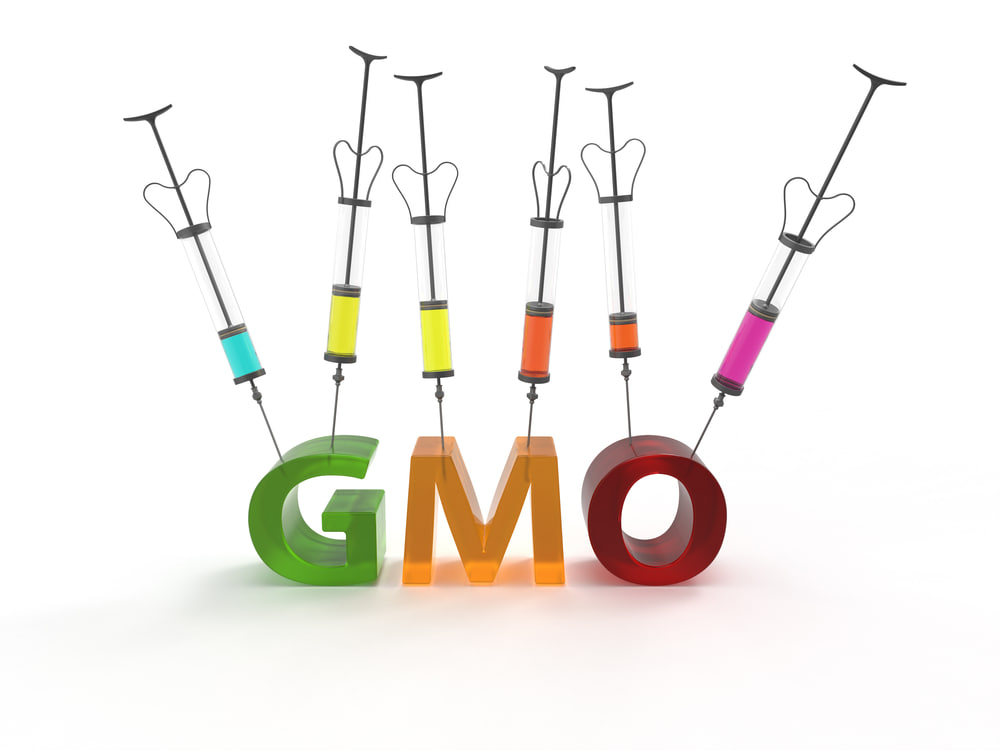 Establishing a diet that is rich in fruits, vegetables, and complex carbohydrates is important for overall health and wellness. Unfortunately, stocking your refrigerator and cabinets with these items does not necessarily guard you against the effects of genetically modified organisms (GMOs). According to the Non-GMO Project, GMOs are essentially living organisms whose material has been artificially manipulated through genetic engineering. Despite popular belief that GMOs are intended to enhance crop size and nutrition, their main purpose is to withstand the direct application of herbicide and/or to produce an insecticide. Over sixty countries around the globe have placed restrictions on the use of GMOs due to environmental and health concerns. These restrictions were, in part, due to the growing body of peer-reviewed studies that have found that GMOs can have unintended toxic and allergenic effects and alter the nutrition value of some foods.

The body of research on the health risks of GMOs chronicles in detail the process through which genetic engineering can disrupt the gene structure and disturb normal gene regulatory processes. Although more research needs to be performed in order to understanding the precise health concerns caused by GMOs, researchers have found that their genetic composition is different than non-GMOs. The transformed biological structure may have both health concerns, as well as alter the nutritional value of the food.

Aside from unexpected genetic changes, researchers have also performed multiple studies in which they found toxic effects and signs of toxicity in farm animals that were fed GMOs. A controversial research study was released that drew a connection between pesticide use and damage to the liver and kidneys. This caused researchers on the study to believe that there were potential health and toxic effects that might be caused by GMOs. From these initial findings, researchers were interested in deepening their investigation to find the truth about GMOs. In this study, damage to vital organized was not localised to the liver and kidney, but it also extended into the intestinal structure and sperm cells. Although these tests did not involve clinical trials, researchers believe that this evidence was enough for concern. 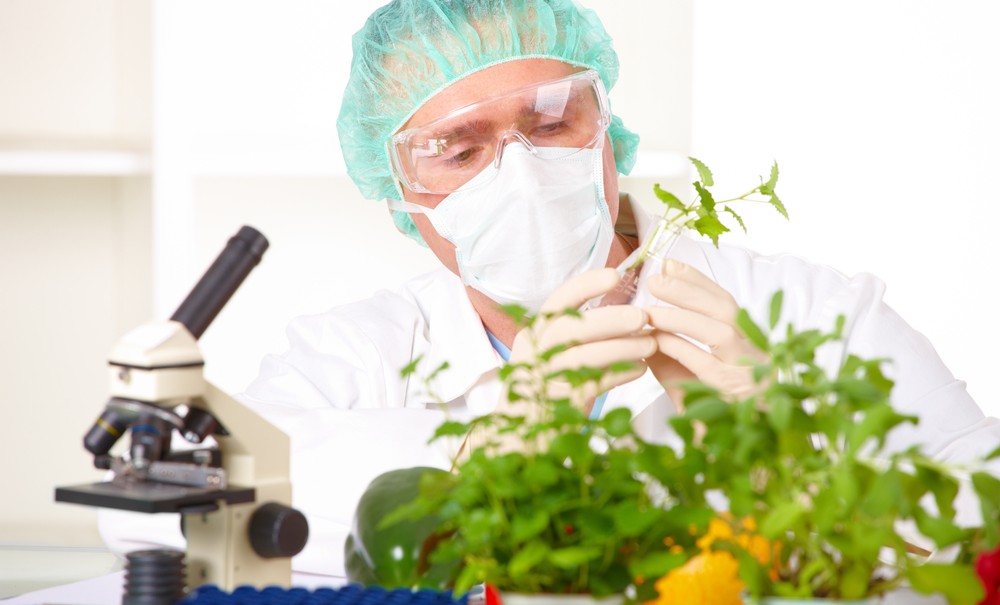 One of the greatest difficulties in getting the facts about GMOs is that many of the research papers are funded by the companies that produce the seeds. In an effort to respond to critiques about the risks, GMO-proponents have played these papers have as not being statistically significant. In 2007, a team led by Professor Gilles-Eric Séralini published a new research paper that attempted to close the gap on data about the mid- or long-term effects of consuming GMOs. By looking at the effects of Monsanto corn, Séralini and his team found correlated levels of liver and kidney toxicity. Aside from these initial concerns, researchers also found a significant weight difference between animals that were fed GMOs versus non-GMOs. Much of this work was ignored and overshadowed by the research that was produced by Monsanto and similar companies.

The first part of Séralini’s work looked at the relationship between body weight and GMOs. None of his research went to clinical trail; however, the studies do shed some light on the possible complications of GMOs. For example, he found a relationship between GMO consumption and weight gain when feeding animals different types of maize. The significant weight gain is a concern, especially for those who are interested in their health and wellness. The experiments performed throughout his study to have statistical significance and showed disruptions in biochemical parameters. At the end of this research, his team ultimately recommended more assessment, since a clinical trial about the impact of GMOs on humans has been published. 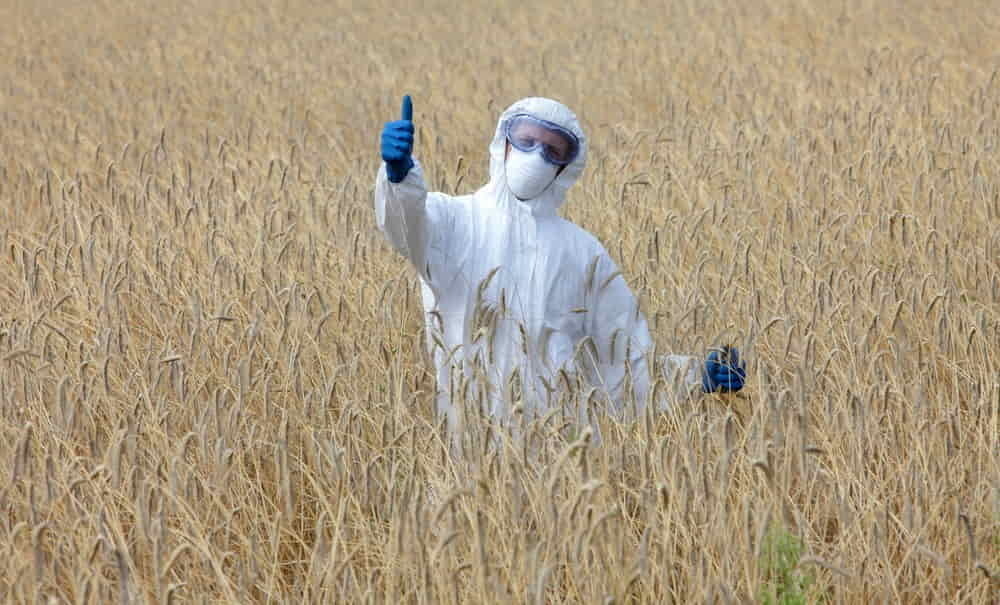 Although proponents claim that GMOs are safe to eat, provide more nutrition, and benefit the environment, many of these claims don’t acknowledge the fact that they have not been properly tested. Séralini’s work was the only paper to counteract the claims of large GMO corporations that GMOs are safe for consumption. In a three year study of the effects of a diet containing genetically modified foods that was published in Livestock Science, researchers found that many animals showed disruptions in their digestive system. Genetically modified DNA was found in the digestive track of animals in this study, which raised concerns about whether or not insecticide genes can move into the gut bacteria and negatively effect the human biome. Similarly, genetically modified DNA was found to be absorbed in animals’ organs, as it was passed into the meat and milk consumed from animals that were fed GMO maize.

Since the verdict about the health consequences of GMO crops has yet to be settled, it’s important to investigate other claims that have been made about GMOs. One of the most popular claims is that GM crops are nutritionally superior to others. This claim has yet to be proven, aside from the fact that these crops have proven to be allergenic or toxic in worst cases. An article in the Journal of Medicinal Food, researchers found 12-14% less isoflavones, which have been shown to help fight cancer, in GMO soy. Diminishing nutrients has also ben found in other food where GMOs are used, such as oilseed. Aside from depleted nutrient stores, genetically modified foods have also been shown to activate certain allergens. In one study, people allergic to Brazil nuts have an allergic reaction to soya beans modified with a Brazil nut gene. These types of changes are important to keep track of in order to add to the growing body of work about genetically modified foods.

While consumers wait for additional research to shed the light on the truth about GMOs, many states in the US have ushered in new regulations about GMO food labeling. In 2014, Vermont passed a bill requiring the labeling of foods that contain GMOs and Whole Foods issued a requirement to their suppliers that all foods they sell will be labeled by 2018, according to the New York Times. Worldwide, GMO labeling is already required in 64 countries, so the advancement of the United States follows in the wake of many others. Although more research needs to be performed on the effects of GMOs, early indicators have shown that there is enough concern to warrant further investigation.

Looking to sharpen your knowledge of food and health? Join our top-rated professional diploma in nutrition today!