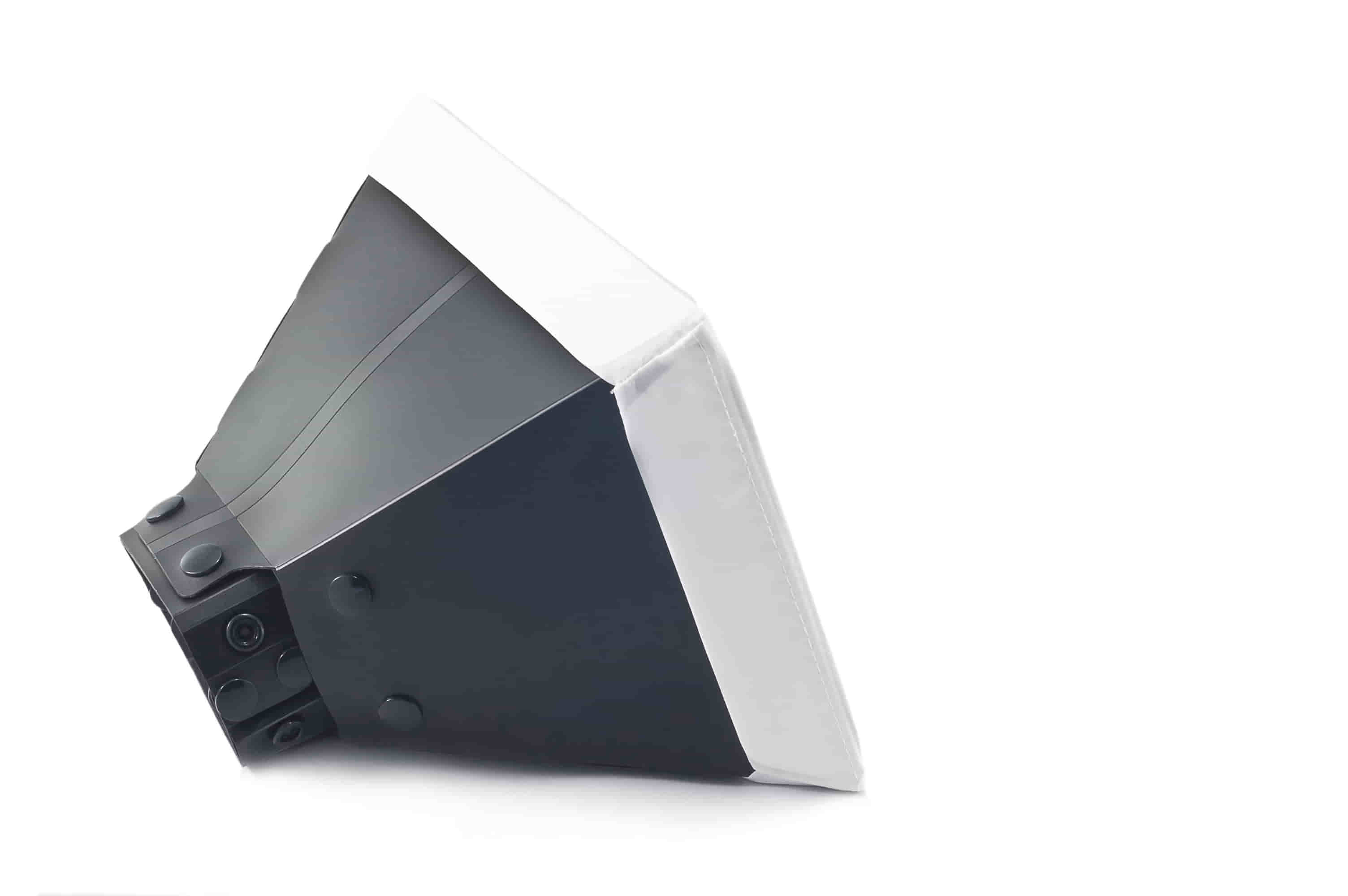 Hot shoe flashes give photographers some of the flexibility of a studio, wherever they’re shooting. But, studio photographers don’t usually shoot with a bare bulb light source, so why should you shoot bare with your flash?

While a lot of the benefits of a hot shoe flash come from being able to change the direction and use it off camera, add on flashes also have the added benefit of being easier to modify. There’s a number of tempting looking gadgets that offer to alter that flash, but what exactly does each one do? Using a flash modifier is often essential to taking a photo with flash that doesn’t look like a photo with flash. Here’s what beginners need to know about flash modifiers. 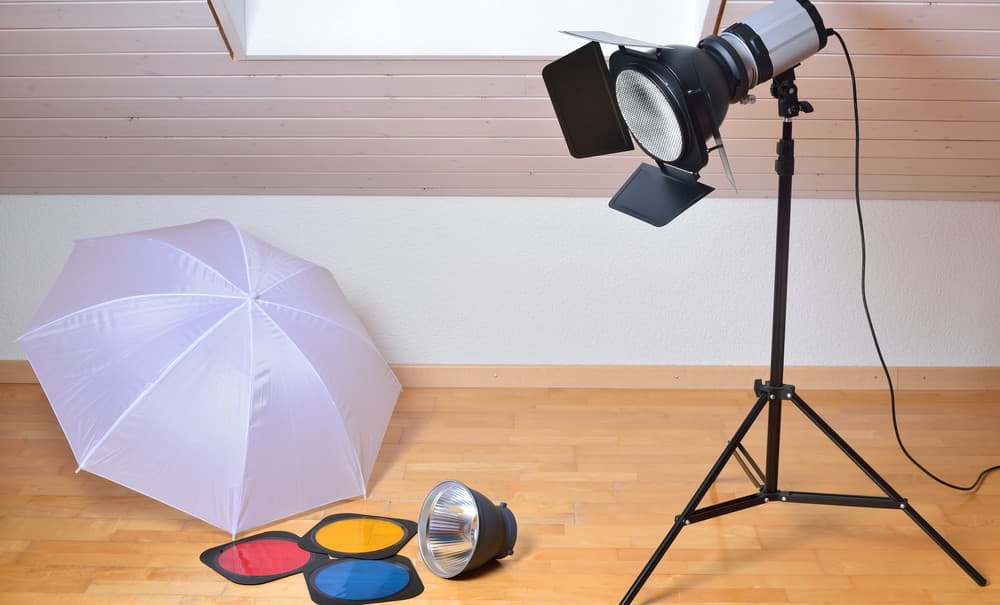 Why use a flash modifier?

Direct light from the flash is very harsh. Since the flash is a small, close light source, it produces dark shadows that are often unflattering. It’s often easy to spot an image that was taken with an unmodified flash.

In many cases, bouncing the light by rotating the direction of the hot shoe flash makes an instant improvement. Since the light bounces off a larger surface like a wall or ceiling, if becomes a larger light source. That means fewer harsh shadows and less of that flash look. But bouncing the flash isn’t always practical. What if you are shooting outside? Or inside in the middle of a gymnasium with tall ceilings? Or maybe there is a wall, but it’s painted and casts a colored hue to your shot.

That’s where flash modifiers come in. Flash modifiers make it possible to spread out the light, making shadows softer or even making it appear, to the untrained eye, like no flash was used at all.

Or, there are also flash modifiers that are designed to do the opposite and concentrate the light more, usually to mimic a studio effect without studio equipment.

Type of Flash Modifiers And What They Do

Flash modifiers are often essential in lighting up a shot without giving the image that “flash look,” though that depends a bit on the scenario. Different types of flash modifiers have different purposes; some have a wide variety of uses while others are used only for a few types of shots.

A diffusion dome looks like a small plastic cap that fits over the end of a hot shoe flash. It’s often one of the first modifiers new photographers pick up, and many leave these domes on their flash nearly 24/7. Why? A diffusion dome spreads the light out, so shadows aren’t as harsh and the flash isn’t so obvious. They’re as simple to use as snapping one on the end of the flash, and are also inexpensive.

A softbox is similar to a diffusion dome, but since it has a larger surface, tends to spread the light out a bit more than a simple cap. This diffusion will help to eliminate shadows and gives photos a more natural look. They’re larger and a bit harder to handle than a simple dome cap, however. Thankfully, most are still rather inexpensive, though some brands cost $50+. 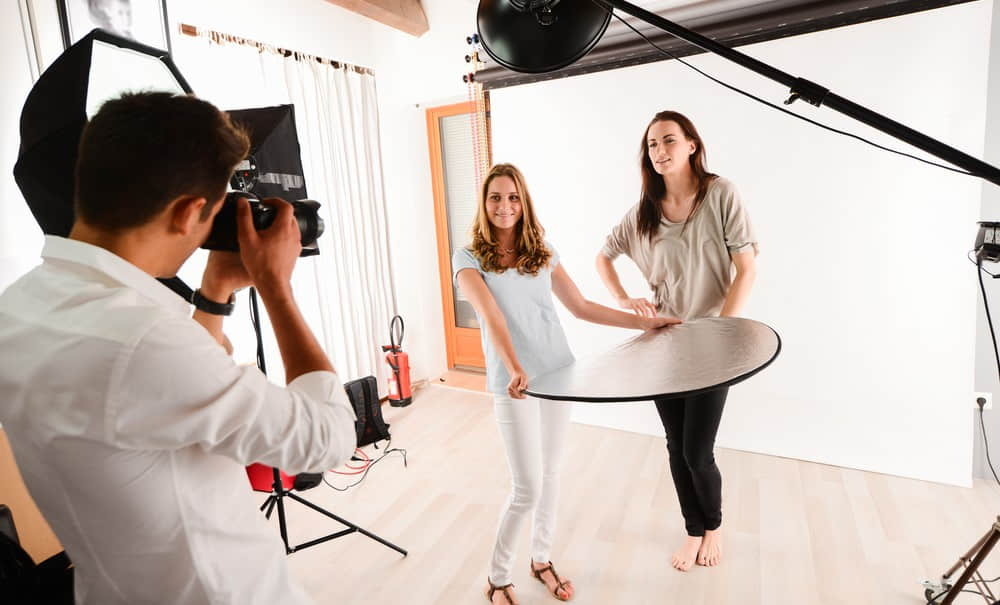 A reflector or bouncer is a flash modifier that you use to bounce the light when there is nothing to bounce the light off of. It looks like a small, thin piece of material that straps to the top of the flash. With the flash head pointing towards the sky, the light will hit the card and bounce back towards the subject. Most flash bouncers are bendable, so you can adjust them to bounce towards a general direction. Getting the light to bounce in the right direction may be a bit tougher than simply adding a diffuser, but bouncers tend to loose less light when compared to a diffuser, so they’re better for subjects that are a bit farther from the flash.

Where most flash modifiers work to make the flash go unnoticed, the beauty dish is a bit different. A beauty dish looks rather like a silver serving bowl. This reflective surface makes the flash light appear bigger, without spreading it over a wide surface like a diffuser. Beauty dishes don’t hide the shadows, they take advantage of them. Beauty dishes instead create an edgy light that shows off the shapes and curves of a person’s face. They work well for dramatic portraits as well as photos of athletes.

A snoot is designed not to spread the light out more like a diffuser, but to concentrate it in one spot. Snoots are often used for dramatic lighting to light up the subject and only the subject, instead of lighting the entire shot the way a traditional flash does. The snoot looks like a tube that fits over the end of the flash, concentrating it towards one area. The best snoots are adjustable, allowing the photographer to control the size of the area that’s lit. When using a snoot, you should adjust your camera’s flash settings to the highest focal length for the best results.

A grid acts much in the same way that a snoot does, as it restricts the light to a smaller area. Why get a grid instead of a snoot? Grids have a similar tight light source, but the shadows fade away (like a gradient) instead of ending in an abrupt line. Grids tend to be a little more expensive than snoots, but the smoother edges are often worth it.

Sometimes, flash isn’t obvious because of harsh shadows, but because of the color. If the lights in the room produce a yellow light, but the flash produces a white light, the flash won’t blend in. Colored gels are simply transparent colored pieces that fit over the flash and change the color of the light. When taking a portrait at sunset for example, a flash is needed to prevent a silhouette. The bright flash won’t match the surrounding light, though. By adding an orange colored gel over the flash, that burst of light will blend in with the ambient light, again avoiding that “flash look.” Colored gels are also fun to play with for unusual lighting effects.

Flash modifiers come in all different shapes, sizes and prices, but they play a big role in eliminating the harsh look of a flash. Diffusion domes and soft boxes are ideally the first thing to add to your kit, but bouncers, beauty dishes, snoots, grids and colored gels all have their place too. If you don’t like the look of your flash in your photos, it’s likely a problem that a modifier could help solve.