Tutorial on How to Use the Pen Tool in Photoshop 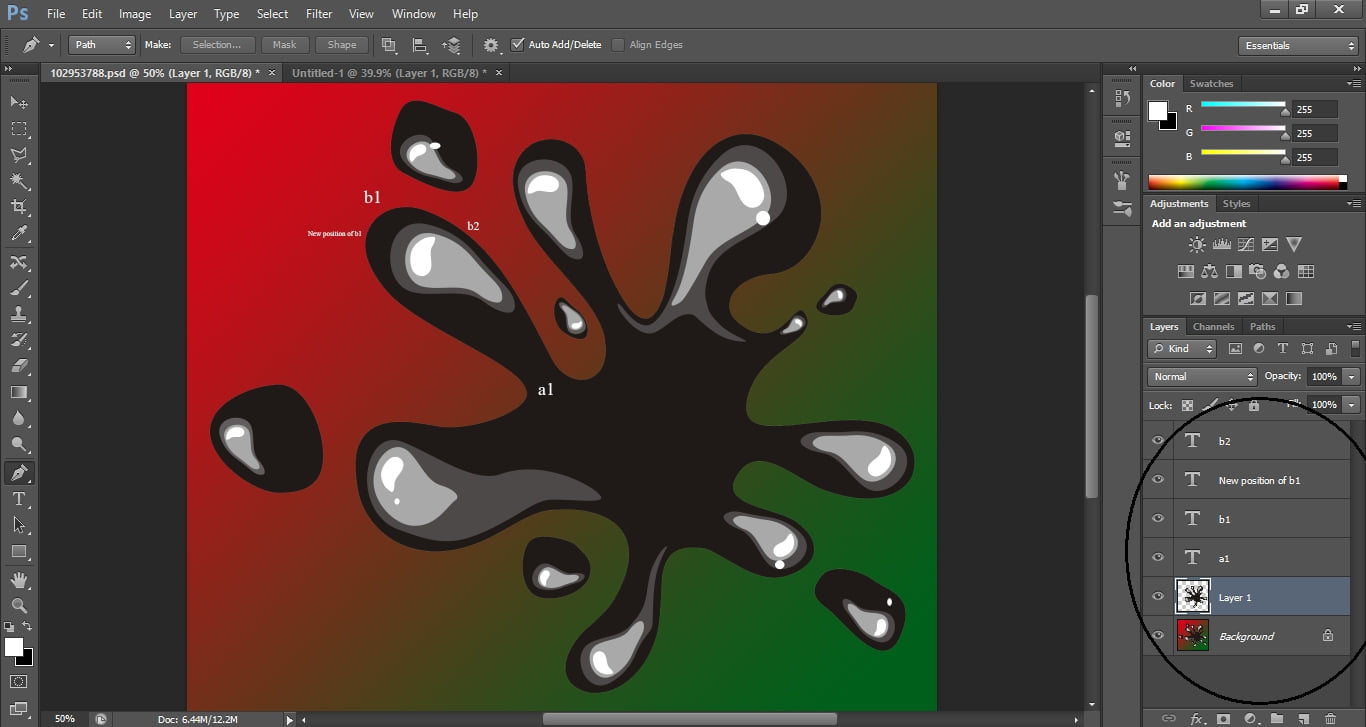 For anyone getting started with Photoshop, the pen tool can seem to be very intimidating. This is because most users feel a pen tool, like a normal pen, should draw lines in Photoshop as you drag it across the canvas. Yes, the pen tool can do that, but in a different way. And by different, I mean accurate.

Mechanics of the pen tool

A pen tool is different from any other drawing tool. It is specifically designed to help you draw the exact kind of curves which you want to. It takes a bit of patience in the beginning to get a hang of it but trust me, it’s worth it.

Pen tool is all about placing two points in space and bending the line in between the two points to allow you to draw perfectly smooth curves. 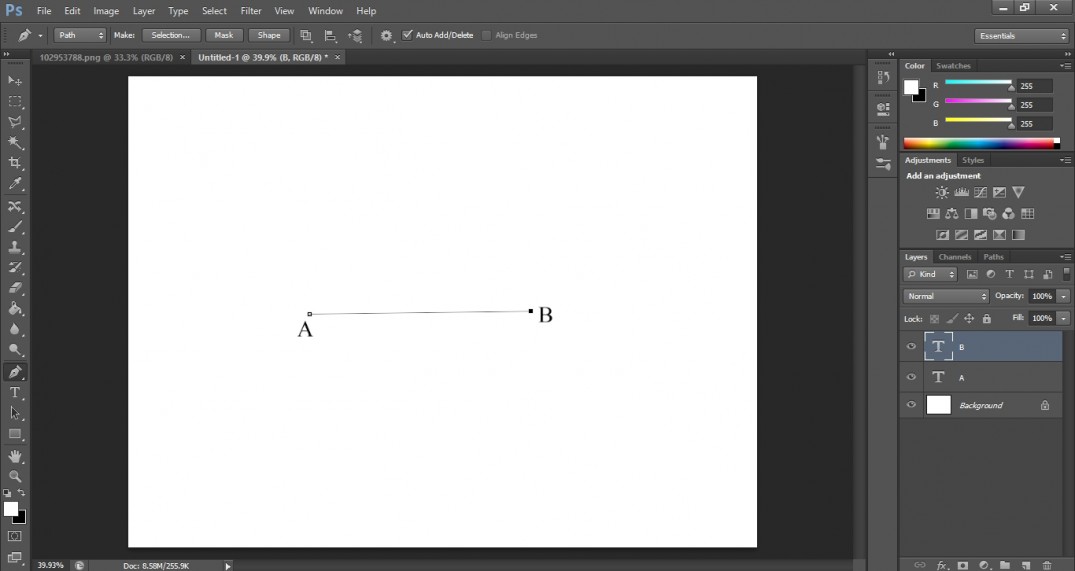 I want to make a curve in between them. So, I will click on the centre of the line to place a bending point. 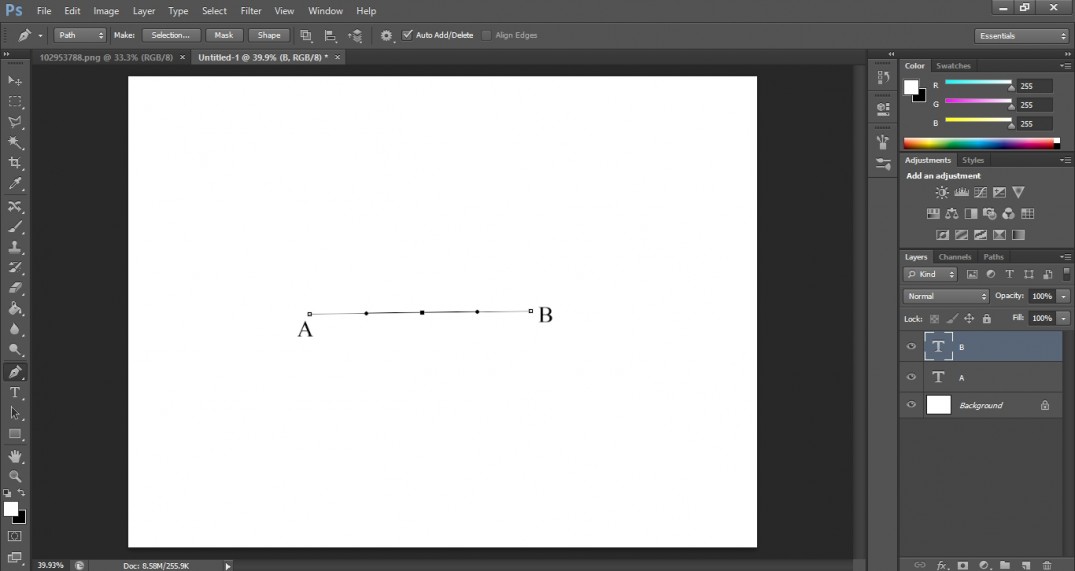 The square bending point is the point which will help you draw a curve. Just by clicking and dragging it you will be able to make the line between point A and B curve. 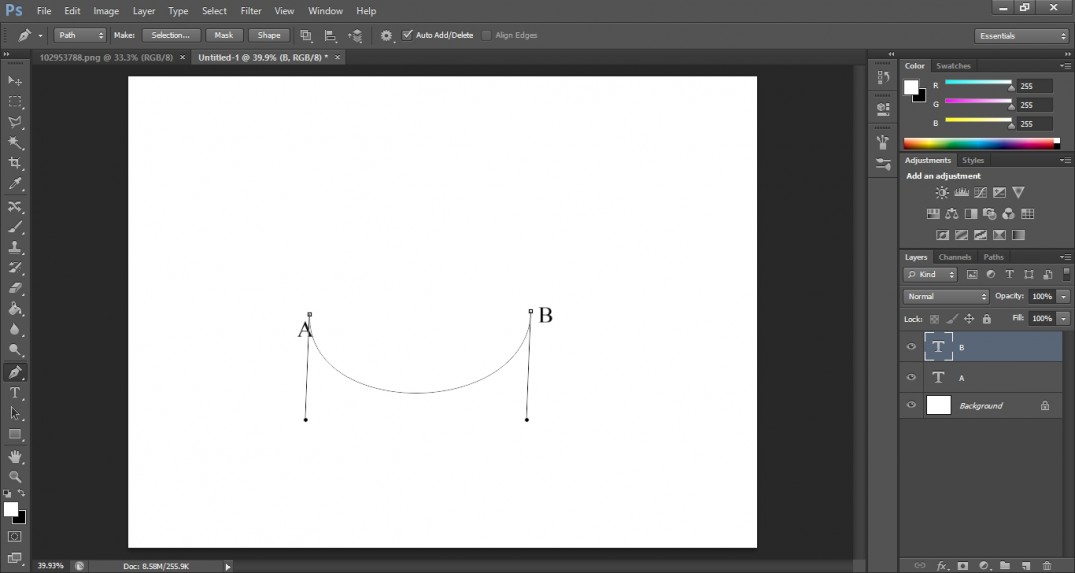 You can also drag it diagonally to make skewed curves. 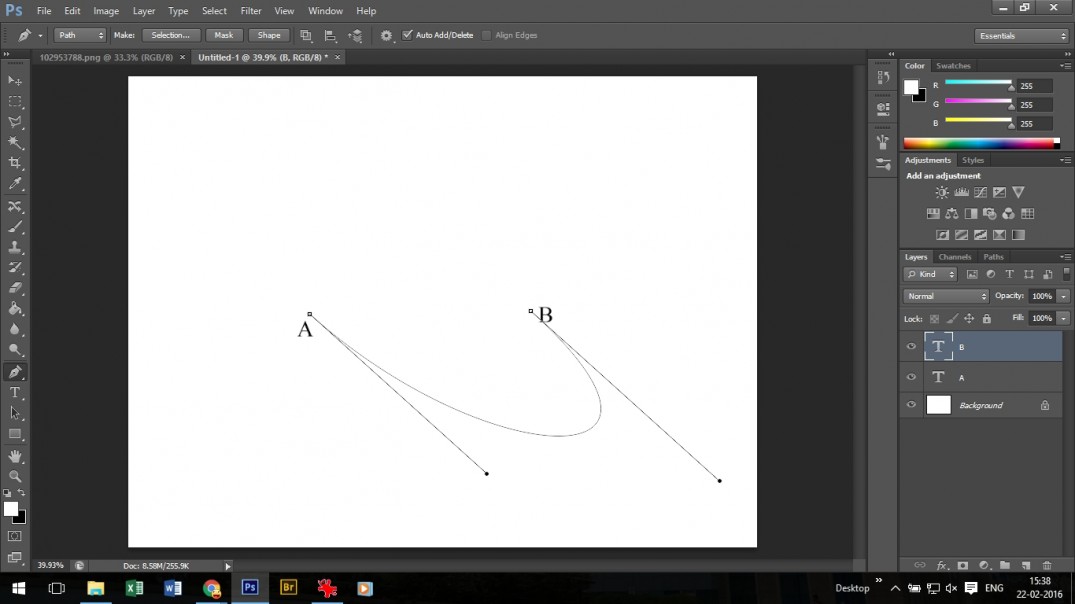 Now, you will have to press and hold the control button on the key board (command for mac) and then click and drag the circular points. 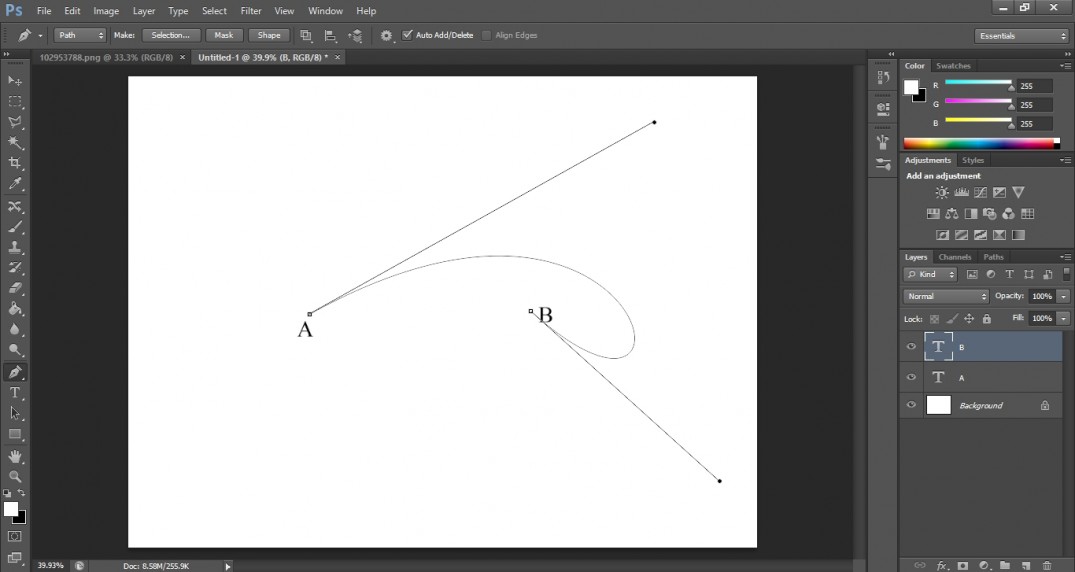 Also, you can move the original points A and B by pressing down the control key (command key for mac) and click-dragging them with your mouse. 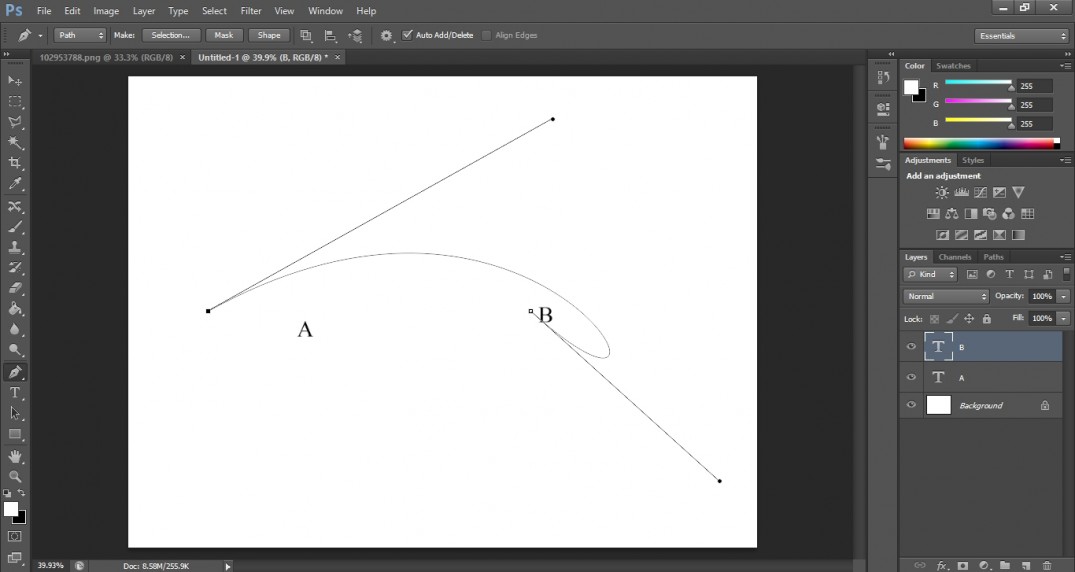 Before you proceed reading further, you can play around in Photoshop by clicking multiple points with a pen tool; make the lines curve and move the various points by pressing down the control key. Try till you are comfortable using the pen tool.

If there’s one thing that the pen tool is good at, then it’s making the most accurate selections. Even if you are using a drawing tab with a stylus, it still won’t beat the accuracy which the pen tool has to offer.

For today’s tutorial, let’s take an example of this image.

Let’s try cutting out this splash vector from the image. This is what we’ll do.

You can see that the contour of the splash between these two points is an s-curve.

You can see that you have now drawn a perfect s-curve with the pen tool control points.

Making selections is just one of the uses of a pen tool. There are other uses as well, but we will learn about them all in our future posts.

It might get a little frustrating in the beginning while working with the pen tool. This is because while you are adjusting one curve, the other one starts moving. But remember, you can always move all the points around to get the right shape. Like always, the first step is the hardest. Keep practicing and you will master the pen tool in no time.