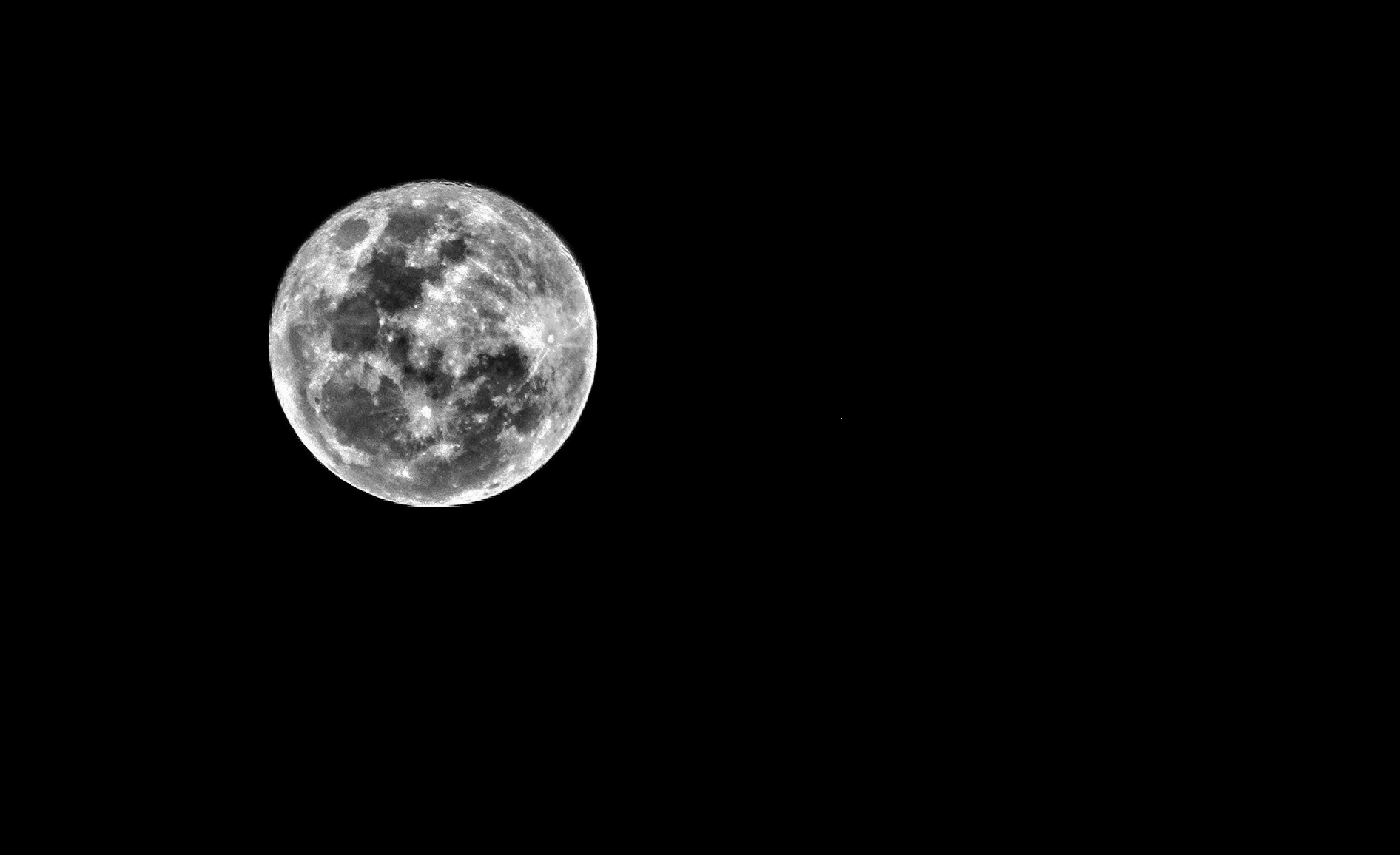 When it comes to moon photography, people instantly think of large telephoto lenses. But if you have something low-end like a 55-200mm lens, it shouldn’t stop you from trying out moon photography. Yes, big lenses with big zoom capabilities and big apertures are handy for long-range shots, but they are also big on the price.

For taking pictures of the moon, you actually don’t need a big aperture lens because

You can easily make do with something as humble as a 55-200mm f/4-5.6 telephoto lens. So without further ado, let’s learn how to take pictures of the moon, like this one: 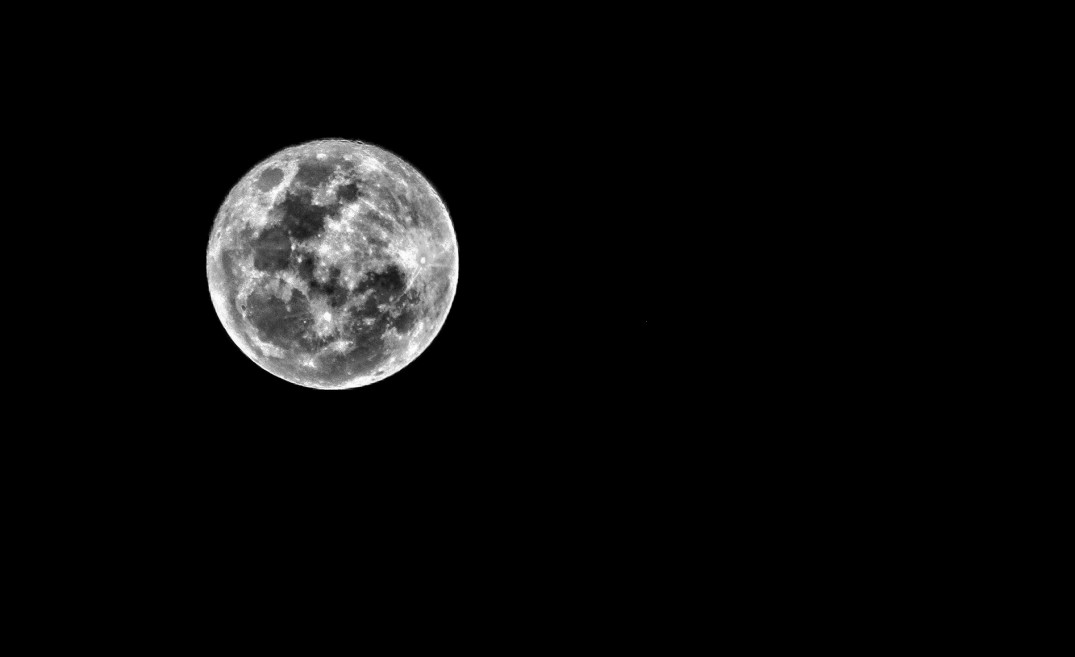 Things you’ll need for taking pictures of the moon

Of course, you need a camera. But besides that, you’ll need

How to take pictures of the moon?

Once you have gathered all your gear, set it up in any open spot. I did this on the terrace of my house. Fix the 55-200mm lens on your camera, fix camera to the tripod and set it down at the angle facing the moon. Set up your camera to shoot in RAW format, not JPEG. 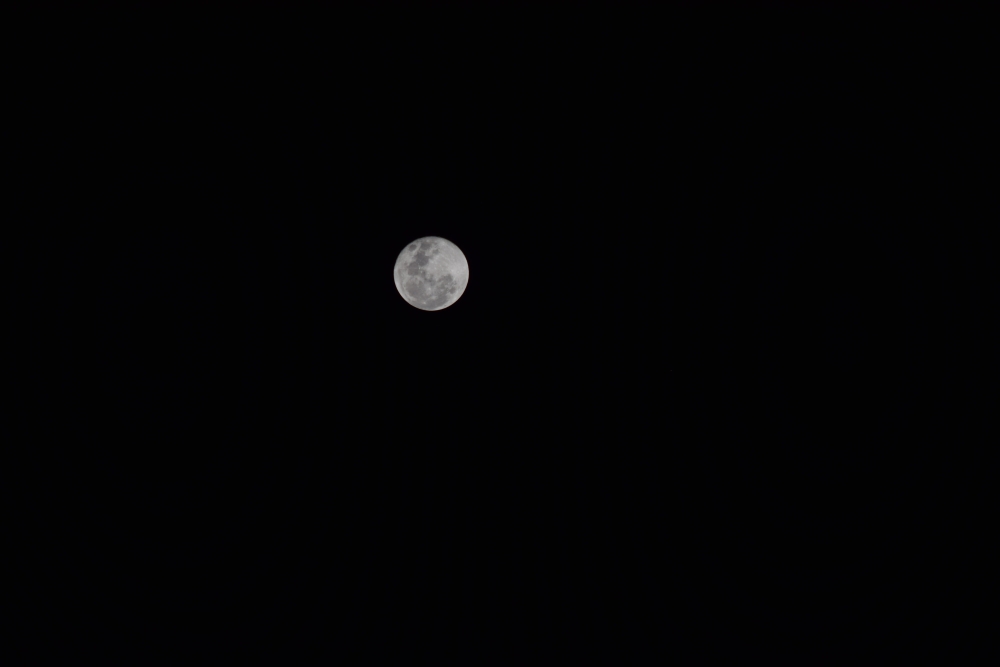 So, that’s it with the shooting. Pack up all your gear and head back home. It is now time to edit our image.

Things you will need for editing pictures of the moon

Nik silver efex is a plugin, just like camera RAW, which need to attach itself to a relevant software. Therefore, install Photoshop first and then move on to installing camera RAW and Google nik silver efex plugins.

Editing pictures of the moon

What we will do here is to enhance the details on the surface of the moon so that the rocks and craters are more easily visible.

That’s pretty much it. You can save you PSD file or jpeg right here but wait. Zoom in to your image and see if there is anything that you are over-looking. (I do this in every picture that I edit). You’ll see that there is a little bit of noise in the form of chromatic fringing. 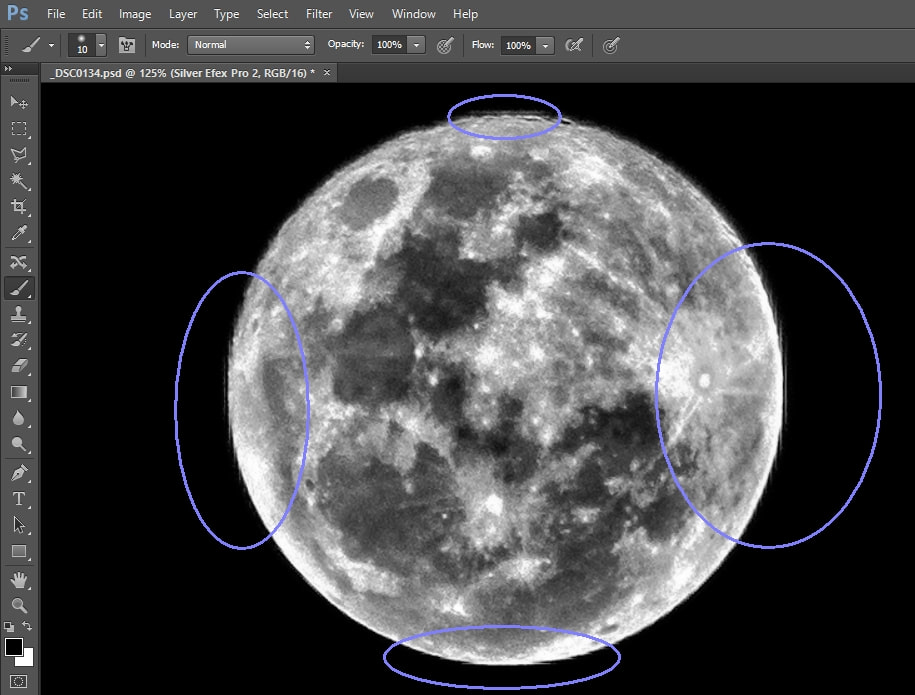 What happens is, sunlight falling on the moon reflects and diffracts from its surface. By increasing the structure and the clarity slider, we sharpened up the image to get the texture on the moon. However, since it was a global adjustment we ended up enhancing the light diffraction as well making the chromatic fringing ever more evident. Now, this is what you will do to fix it.

Now you have your very own photograph of the moon with the surface details. Save your work as JPEG and go ahead and show it to your friends. If you found this tutorial useful, share it with your friends so that they can learn the tricks as well.

Why You Should Consider a Job in Data Analytics

How to Start a Business With No Money