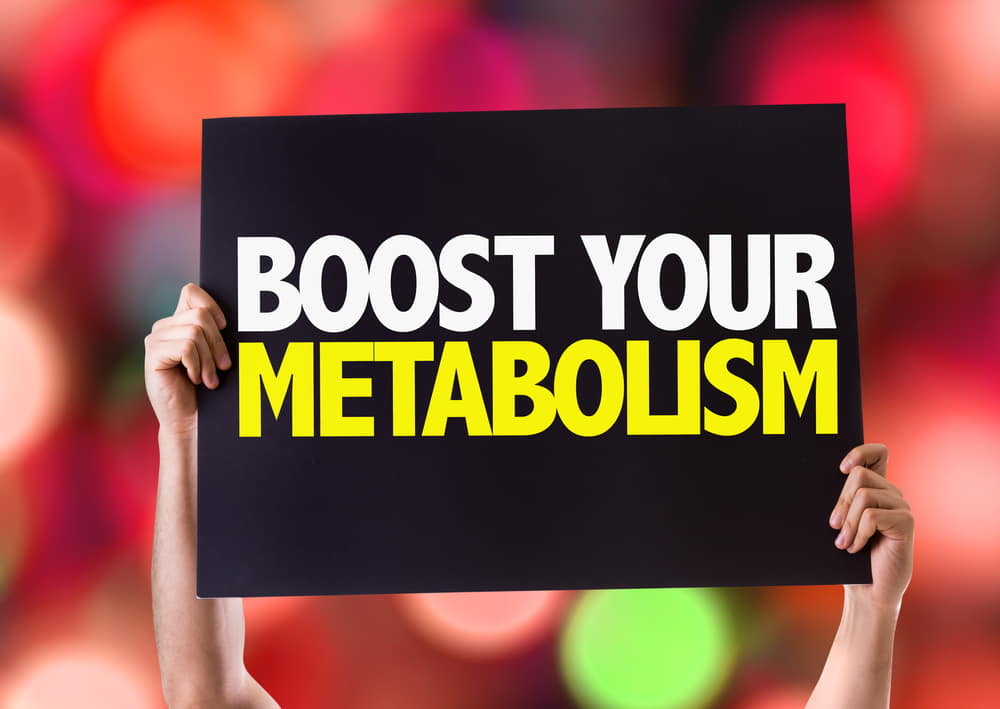 Have you ever been jealous of someone that seems to be able to eat anything and everything yet never seems to gain even an ounce of weight? Most people will say that the high metabolism of someone like that is why it happens – and that your own metabolism is just too slow to handle that kind of feasting. Naturally, people want to understand how to increase the speed of their own metabolism, and they’re willing to try anything and everything in order to do it.

Sadly not everything you read about how to supercharge your own metabolism is true. In fact, most of the wisdom out there is either wildly inaccurate or downright wrong. It’s time to bust some of these metabolism myths wide open and find out what really helps – and what’s just hot air. 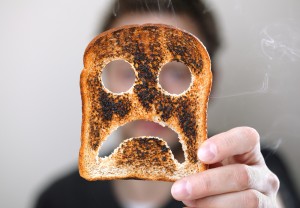 Breakfast – it’s the most important meal of the day, right? Well, maybe not. The idea that you need to eat breakfast each and every morning is rooted in sound science, as the first meal you eat after a prolonged sleep cycle will increase your metabolic rate by around 15 percent on average. However, it’s not necessary to ensure that you immediately eat something within minutes of getting up every morning. In fact, eating something just to eat it can lead to negative impacts on your overall health.

Instead, the key is to ensure that you’re eating the kind of breakfast that is going to provide you with the right energy for the day. A breakfast high in lean protein and fiber is best – if your only option is a bowl of cold cereal, which is loaded with carbohydrates with little to nothing in the way of fiber or protein, you’re actually better off waiting until there’s a better food option available to you.

And don’t think that a great old cup of steaming hot coffee is going to be a help in the morning as well. Yes, that caffeine might provide you with an energy boost, but unless you take your coffee black you’re going to be taking in empty calories from any milk and sugar you might put in it as well. A better option, believe it or not, would be regular, good old-fashioned water. In fact, replacing many of your drink choices with water on a consistent basis will not only help you stay hydrated but help you lose weight as well.

The Eating at Night Myth 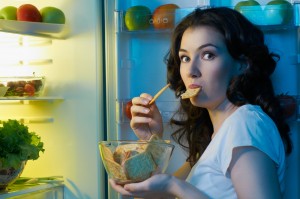 Most armchair nutritionists will tell you that eating a meal right before going to bed at night is a poor choice, as your metabolism naturally slows to a halt while you’re sleeping. That meal will turn into fat, the popular wisdom holds, and you’ll be in worse shape than you were the night before when you wake up the next morning.

The truth is more complicated than that, though. While it is true that your metabolism is slower while you’re sleeping, it doesn’t stop altogether. It does keep working, and that means any meal you eat before bedtime will be processed into energy. However, what does matter is what kinds of meals you’re eating right before bedtime. Foods dense in carbohydrates or rich in sugar are going to turn to fat faster than other types of foods, but that’s true no matter what time of day you eat them; it’s less a function of when you eat and more about what you’re eating.

If you do decide to have a meal right before settling down for the evening, certain types of carbohydrates can actually set your metabolism up for burning that energy the next day. Resistant starches like those found in cold pasta dishes are harder to store as fat, forcing your body to use them for your energy needs in the coming day. Combining that with whole grain, high fiber pasta, which takes longer to break down in your body anyway, is another great way to enjoy a nighttime meal before bed. There’s a reason marathon runners load up on big pasta dinners the night before a race, after all! 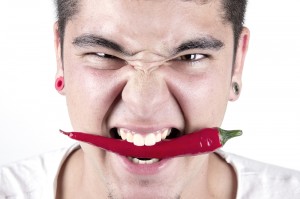 Many people have heard that increasing the amount of spicy foods like hot peppers in your meals can help supercharge your metabolism and get your body to burn fat faster and more efficiently. As a result, there’s been plenty of well-meaning individuals sweating through the pain at nearly every meal thinking that it’s going to pay off by slimming their waistline and increasing their energy levels, but the truth is that these people have been suffering for no reason. If you enjoy that level of heat in your meals, that’s fine – but there’s better ways to go about getting the purported benefits of spicy foods.

There’s some science to back up the spicy food hypothesis. There’s a slight but short-lived bump in metabolic rate after consuming these types of foods, but it usually tops out at about half an hour – hardly long enough to affect your overall metabolism. On top of that, the effect of that ultra-spicy compound in hot peppers, capsaicin, is mirrored by the less agonizing version that’s found in dihydrocapsiate, the compound that gives more mild peppers a brief bite.

Of course, there are other things that play a role in “supercharging” your metabolism. Switching to foods high in protein will benefit you because your body burns much more energy to break protein down into amino acids, the building blocks used to create muscle. Additionally, high fiber foods take longer to be broken down into sugar, so your body won’t get flooded with excess levels of glucose that gets turned into fat. Those peppers might play a role in keeping your metabolism humming along, but they’re just one component out of many when it comes to a balanced diet!