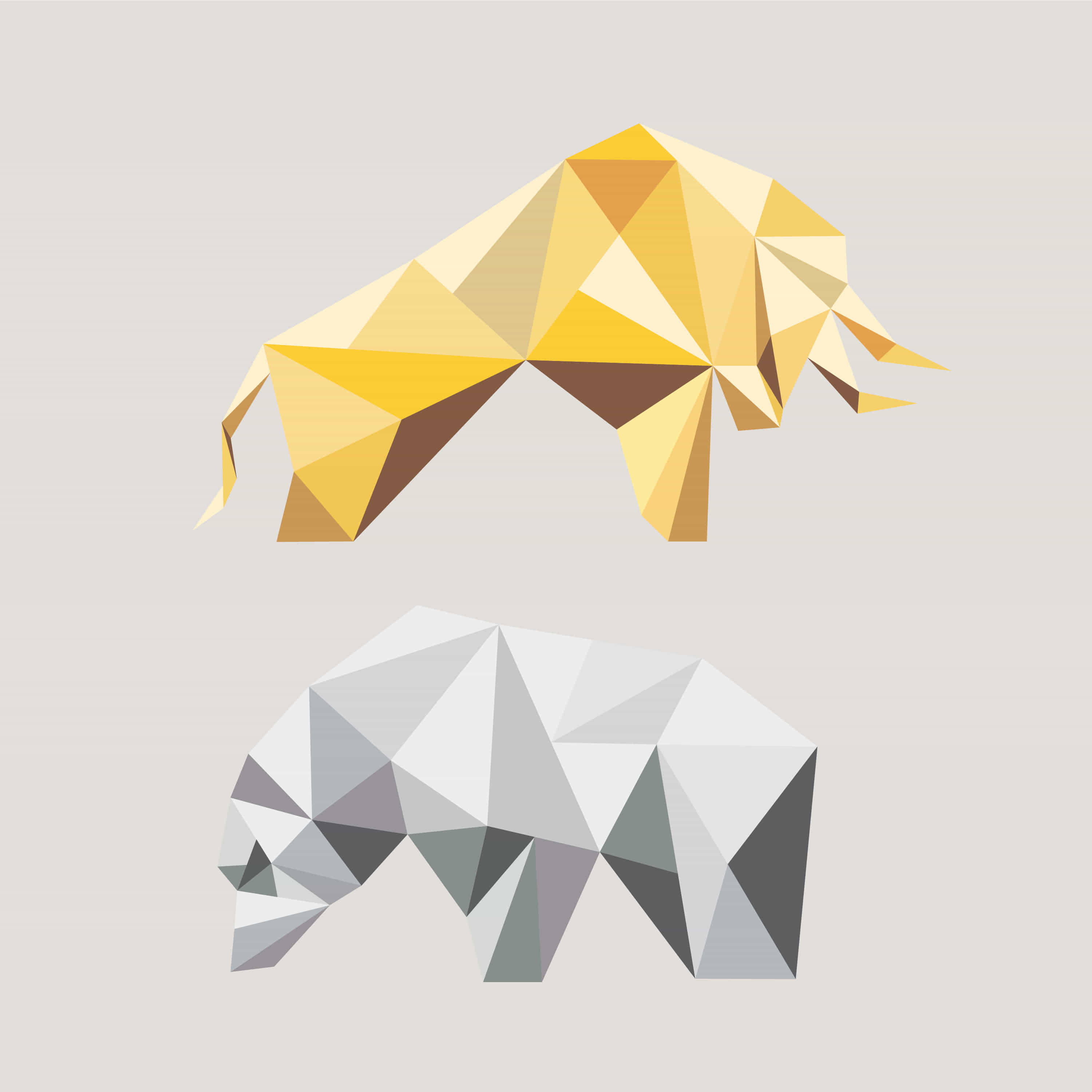 Triangles are believed to be the most essential and frequently emerged chart patterns in forex trading. They are sometimes termed as the holy grail of day trading because of their reliability and effectiveness. In this article we are going to discuss the main types of triangle patterns and how to trade them.

Triangles are of mainly three types that include;

Each type is further divided into bullish and bearish categories depending on the direction of the breakout. Let’s discuss each one by one.

In this triangle both the trendlines are symmetrical or parallel to each other as obvious by its name. Symmetrical triangle shows consolidation phase which is followed by a major breakout in any direction.

How to Trade Symmetrical Triangle Breakout?

The Symmetrical Triangle Breakout may be traded in two ways depending on the direction of the breakout as demonstrated in the following diagram; 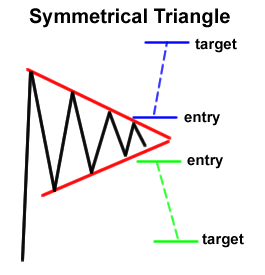 A Buy Stop or Instant Buy order may be placed if the price breaks the upper trendline. The target may be in accordance with your money management rules. Generally a risk/reward ratio of at least 1.5 is considered good.

On the other hand, a Sell Stop or Instant Sell order should be placed if the price breaks the lower trendline. The Symmetrical Triangle Breakout happens once a candle is closed below or above the trendline. The reliability of triangles depends on the timeframe i.e. higher the timeframe, more reliable the triangle will be.

How to Trade Ascending Triangle Breakout? 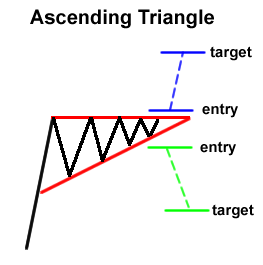 How to Trade Descending Triangle Breakout 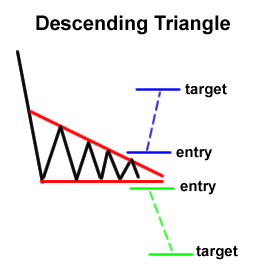 Triangle patterns are frequently appeared formations in forex trading that may help optimize profitability with minimal risk if traded correctly.