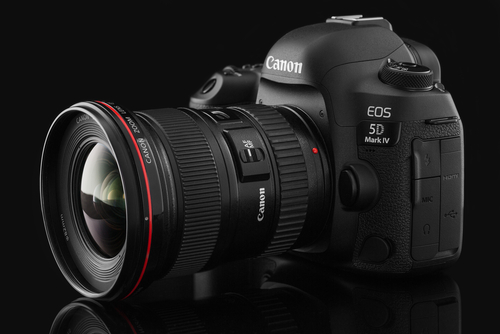 Canon vs Nikon for Beginners: The Three Key Differences

Out of every 100 camera buyers, nearly 85 buyers prefer either a Canon or a Nikon camera. While other top class brands like Sony, Pentax, and Samsung do manufacture high quality cameras, Canon vs Nikon DSLR debates has forever enjoyed, and still enjoy, a cult status among camera users. So, what are those little secrets of Canon vs Nikon cameras which propel the dreams of so many camera enthusiasts? Scroll down to learn more about Canon vs Nikon DSLRs and the differences between the offerings of these two legendary and heavyweight brands.

In the Canon vs Nikon battle, it is indeed tough to choose one over the other, because Canon excels in some aspects and Nikon in some others. But, depending on the style and preferences of the user, some striking characteristics of both brands make them a favorite with photographers. When choosing between Nikon vs Canon DSLRs, one can consider the new models which have made their way into the racks in recent times. However, old models still remain a favorite with beginners because of their ease of operation and amazing discounts and cashback offers.

Canon’s entry-level cameras have the nomenclature ‘Rebel’ or ‘EOS’. Some of the cheapest options are EOS 4000D or Rebel T100, EOS 2000D or Rebel T7, EOS 200D or Rebel SL2, EOS1300D or Rebel T6, and EOS 250D or Rebel SL3. Canon’s high-end models start with the D series and have just one number before D. The most expensive model is one with the lowest number. If the price is a determinant, Canon’s Rebel series rules the market. The uni-color Rebel T100, the world’s cheapest DSLR in its category, comes with an 18 Megapixel sensor with Canon EF-S 18-55mm f/3.5-5.6 III lens, which is good for shooting at 3fps. Canon’s newest entry level offering Rebel SL3 offers 4K video resolution, quick burst shooting, and comes loaded with the DIGIC 8 processing engine.

Nikon, on the other hand, has the D3400 and D3500 in its arsenal, exclusively for beginners. Both DSLRs boast of a decent 24.2 Megapixel sensor with 18-55mm AF-P VR lens, which is good for shooting at 5fps. If you are confused between Nikon vs Canon DSLRs, consider Nikon’s amazing battery life. At 1550 shots for D3500, the battery life is probably the best in the entry-level segment. Nikon’s large hand-grip makes it convenient for a beginner to hold the camera properly.

When debating Canon vs Nikon for beginners, Nikon’s D3500 is clearly better than Canon’s Rebel series, as Nikon’s cameras are easier to handle and offer high quality images in its range. Canon, on the other hand, would be more suitable for beginners that require awesome features like wide lens selection and video shooting at a budget price, albeit compromising a bit on the picture quality. So, in the Canon vs Nikon camera battle, both seem to outsmart the other in the features segment.

Nikon’s F mount lenses date back to 1959 and Canon’s EOS to 1987. When it is about compatibility, both Canon and Nikon DSLRs are compatible with old lenses. But, in the battle of Canon vs Nikon camera lenses, auto-focus is one area where Canon calls the shots. But that doesn’t make Nikon stay far behind. While Canon’s entire EOS range allows auto-focus, Nikon allows auto-focus only on AF-S lenses. Nikon’s decision to do without auto-focus, however, helps it to remain compact, lightweight, and cheaper.

In the Canon vs Nikon battle, both Canon and Nikon maintain their exclusivity when it is about lens. Nikon’s 105mm f/1.4E lens is unparalleled to Canon. Nikon’s signature 1.4E lens is worth every penny spent on it. Weighing more than two pounds, its auto-focus, wide aperture range of f/1.4 to f/16, fantastic optics, appealing bokeh, and almost nil distortion make the images stand out among millions. The fluorine coating on the lens deflects dust and captures high quality images, even in highly humid conditions. Canon, on the other side, has its flagship 135mm f/4L Macro with a tilt shift lens. Famous for its edge-to-edge resolution, the tilt shift lenses are built with Ultra Dispersion or UD elements and Moulded Aspherical Glass for optimal image quality. The SubWaveLength and anti-reflective coating on the lens reduces ghosting and flare. Because of its bigger knobs and top class lock mechanism, it fits firmly with the camera. So, in the Canon vs Nikon lens battle, predicting a winner depends on the individual characteristics and style of the photographer.

Canon vs Nikon DSLRs for Beginners: Design and Performance

Design is one area where the fan base of Canon and Nikon is clearly divided. For some, Canon’s ergonomic design makes the cameras easier to handle. For others, Nikon’s wide base makes it more convenient to hold. The positioning of mode dials is also different in Canon vs Nikon. There are four manual modes in Nikon, namely Aperture Priority (A) Shutter Priority (S), Program Auto (P), and Manual (M). Canon uses Aperture Value (Av) instead of Aperture Priority. Similarly, Time Value (Tv) refers to Shutter Priority. With Aperture Priority or Value, once you manually set the aperture, it automatically adjusts the shutter speed. Shutter Priority or Time Value allows you to manually set the shutter speed and it automatically adjusts the aperture.

When it comes to the performance of Canon vs Nikon cameras, several factors play a role. This includes, but is not limited to, autofocus, distortion, resolution, image quality, photos-per-second, software, and weight. In some aspects, Canon scores high and, in some other aspects, Nikon takes over. For example, Canon’s auto-white balance may not be up to the mark, but its lenses are probably the best in the market. Nikon’s menu might appear a bit clumsy but they handle distortion and noise extremely well.

Canon vs Nikon DSLR Cameras: Which One to Buy?

There are two methods of buying a DSLR. The first is by reading Canon vs Nikon reviews and asking experts. The second is by understanding the basics of photography and knowing the features and qualities of a camera. The second method is more reliable and cost-effective. Beginners who want to understand the pros and cons of Canon vs Nikon can join a short duration online photography course and learn about photographic styles, camera modes and functions, lenses, focal length, exposure, and composition. Hone your skills in manual modes and digital image processing to find out which camera suits your requirements. The Canon vs Nikon battle has been going on for decades and will continue to linger. Only an online photography course can enable you to rate Canon vs Nikon cameras like a professional and lay hands on the best one. 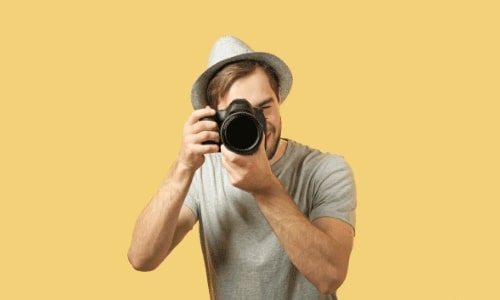 The Professional Diploma in Photography will take your skills to the next level.