Advantages of Viral Marketing with Examples 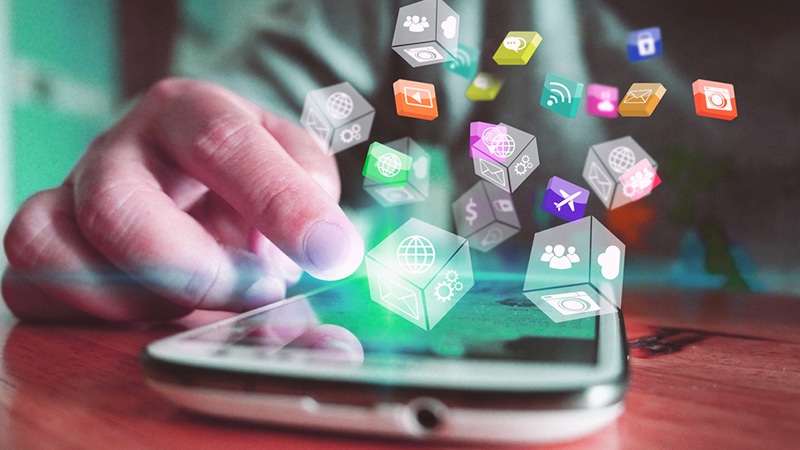 With the rise of the digital era, the world of business marketing has steadily begun to undergo a significant change. More and more individuals and organizations are now moving beyond the traditional ideas of promotional, outbound marketing. Instead, they have increasingly started to focus on crafting more strategic, targeted, and competent techniques in order to capture customer attention and trigger a potential conversion. One such technique that has gained immense traction in the last few years is viral marketing.

As the name itself suggests, viral marketing is essentially a type of marketing that encourages the spread of content in a quick, rapid, and intelligent way. Successful viral marketing examples run on the basic premise that if a message is well-designed, users themselves will become so interested in it that they will transmit it from one person to another via word-of-mouth, just like a virus. A good viral marketing strategy primarily employs social media as its fundamental linchpin. In fact, a number of viral marketing examples can be seen almost every day on platforms like Twitter, Instagram, Facebook, and YouTube. These viral campaigns ensure that the content reaches new audiences, generates more leads, and thus, creates rapid growth for a business.

If you are seeking to learn from different viral marketing examples, you will first need to understand how such forms of virality can actually benefit your business –

A well-crafted viral marketing strategy does not just offer the proverbial fifteen minutes of fame to your business. Rather, it provides a plethora of lasting and sustainable advantages like:

A viral marketing strategy is one of those very few brand promotion methods which can guarantee explosive growth in an extremely short period of time. By being high-powered and widely-shared, these strategies have the potential to make your business capture user attention and get good coverage. One of the characteristics of the best viral marketing examples is that they thrive almost instantly.

Most viral marketing examples that you see around you are essentially low-cost campaigns. While they require a little push in the beginning, eventually all of them are picked up by the audience on their own. This doesn’t just lower your advertising expense, but it also enhances your brand awareness on a regional, national, and international scale.

Global viral marketing is recognized far and wide for its ability to generate instant leads. This happens because people naturally tend to gravitate towards the most trending topics to find out why they are so popular. As a result, your media visibility, user connection, and conversion rates – all begin to witness a humongous increase.

Primarily being a type of inbound marketing, online advertising strategies lend your product or service a great amount of exposure. Because your message is widely shared by the audience, it is immediately picked up by almost all the mainstream media outlets. The biggest lesson from viral marketing examples is that exposure makes your brand much more identifiable and recognizable.

Last but not least, the ideal viral marketing example holds much better credibility than its other advertising counterparts. This is because viral marketing is not invasive in nature. It doesn’t push, force, or coerce a potential customer to buy a product. Instead, it merely generates interest, and the decision to purchase is made by the audience.

It is good practice to analyze a few prominent viral marketing examples and see how they were able to overcome different competitive challenges and stand out from the crowd.

Although there are a number of viral marketing examples that one can follow to understand the essentials of a marketing funnel, listed here are two major brands which were able to use online advertising strategies to their benefit –

This is a viral marketing example worth talking about. While introducing its new product – iPhone X, Apple came up with the idea of launching a campaign called ‘Selfies on iPhone X’. This idea slowly caught user attention and turned into a viral marketing strategy because every customer began to use the iPhone for clicking a picture of themselves. By doing that, they started discovering the phone’s key features like its Portrait lighting effects and its True depth camera. As a result, the phone’s sales increased and its messaging spread amongst enthusiasts like wildfire!

L’Oreal, for quite some time, has used the tagline ‘Because you are worth it’ to focus on its target audience – women. However, in 2016, the brand launched a marketing campaign called ‘Worth saying’, which coincided with the prestigious Golden Globe awards. This campaign was intended to encourage women to speak up and discuss issues that they thought were highly relevant. The campaign, owing to its simplicity and specificity, instantly went viral and turned into one of the biggest viral marketing examples in L’Oreal’s history!

With changing times, the importance of viral marketing examples across various business domains is going to increase manifold. Organizations belonging to sectors as varied as hospitality, manufacturing, finance, and apparel are likely to follow the prevalent viral marketing examples and thus design strategies that harbor the potential to expand their financial footprint.

So, what are you waiting for? Register here and get ready to navigate the dynamic world of global viral marketing now!