A beginner’s guide to Photography 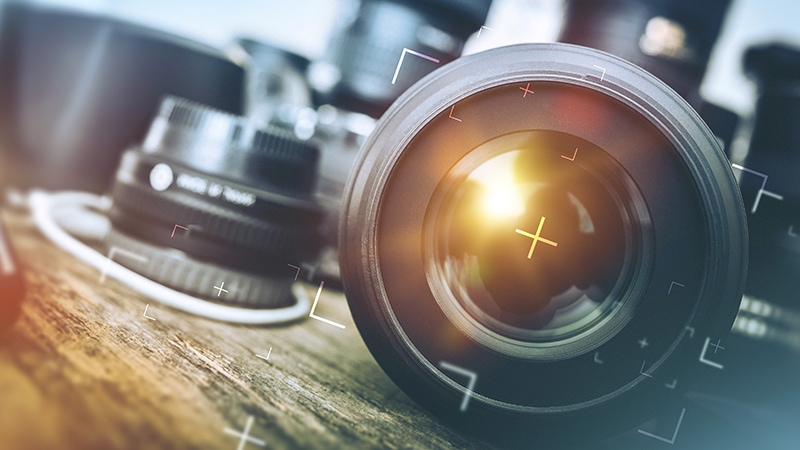 The art of capturing light with a camera, using film or a digital sensor, has captivated the imagination of generations. A photographer is primarily an artist trying to tell a story, create a memory, and share it with the world. By being able to capture a moment with a camera, it enables one to carry forward that memory in the future.

The world has come a long way in terms of photography– from sharing pictures of people and events to capturing stars and galaxies in the night sky. However, photography for beginners requires practice, getting the basics right, and undertaking a visual learning experience by taking pictures on the go.

A brief history of Photography –

Before we explore the different aspects of photography, it is important to know the history behind the lens. The concept of photography started around 5th century BC, the art was born in the 11th century when Abu Ali Al-Hasan Ibn Al-Haytham, built the camera obscura, a device which produced images on a surface.

The first permanent image was recorded by Joseph Nicéphore Niépce in 1824. His experiments led to the creation of emulsion plates, wet plates and the development of film known as the daguerreotype. Several inventors advanced the technique to capture images and improve the camera using various lenses.

The use of the camera changed when George Eastman started The Eastman Kodak Company in 1880. He developed a flexible roll film that did not require a constant change of plates. Oskar Barnack developed the 35mm camera in an attempt to build a compact camera in 1913. Polaroid came out with the world’s first instant camera in 1948 known as the model 95. The concept of digital cameras was a product of the cold war as spy satellites had to digitize images on scanners. The evolution of cameras has led us to where we are now.

The science behind photography–

Photography for beginners is of two types – analog (film) and digital (memory cards). To understand how modern cameras work, we must know how they worked during their conception.

The light passes through the lens and strikes on a spring-loaded mirror that reflects the scene into the eye. A light-sensitive piece of plastic, known as a film, is loaded into the camera waiting to be exposed. The amount of time that the light is allowed to pass through (exposure time) is set. The shutter button releases the mirror which exposes the film to the light which burns the negative image on the film.

The notable difference between film and digital photography is that the latter replaces the film with a computer chip known as a sensor. The sensor collects millions of colored photons which the camera compiles as numbered information and processes the image as a digital photograph.

The mechanics of photography –

It is important to understand the mechanics of a camera before you start taking memorable pictures.

There are three key components which photography for beginners must understand.

The mirror that reflects the light to the viewfinder flips up to expose the film/sensor letting the light pass through. The speed at which the mirror flips and the shutter opens is known as the shutter speed. The settings can determine how fast or slow an image is captured:

A setting that is particular to digital cameras. The ISO setting increases the light sensitivity of the sensor, making the image appear brighter. The setting must be balanced:

Features of a modern camera –

An important aspect of photography for beginners is to learn how the camera reads light.

The clarity of the image depends upon the distance between the nearest and farthest objects. It is an important tool in photography for beginners to create striking images. Every camera and lens have their limitations to the depth of field. Each lens has a focus range which might look like “f/3.5 – 5.6”, the number determines the range at which the lens can focus on the image and the object.

A simple set up for photography for beginners –

The scope of photography has increased due to the innovation in camera sensors and devices such as GoPro and smartphone cameras. Right now it is a huge field which can offer a pathway for your imaginations to come to life.

So take the first step right now. Get yourself an entry-level camera and start clicking. Who knows? There might be a Pulitzer in the near future with your name engraved on it.