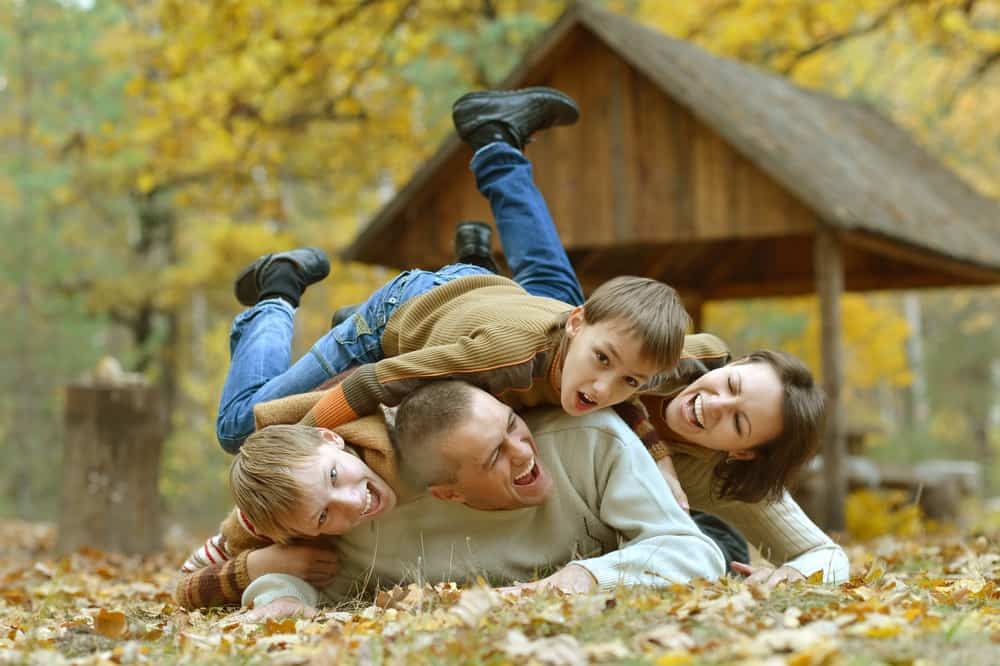 Family photos are challenging, as there are often little kids who don’t want to sit still, and usually, there’s at least one person that doesn’t really want to be there. So, how do you pose great family photos? The key is to make the poses fun, while still including everyone close together in the shots. Start by ditching the idea of family photos that you remember as a kid—instead of stiff poses and fake smiles, try these five family photo pose tips and ideas.

Tip 1: Be Flexible and come prepared

Posing families is quite different from posing an individual. For one, there’s more people that need to be placed in a flattering spot. Photographing families usually means there’s a child (or two or three or four or…) involved. Younger kids won’t understand the “chin up, foot back” directions you give them, and while older kids may understand, they’ll get bored quick and there goes the chance for genuine smiles.

The key is to come to the shot being both prepared and flexible. What does that mean? It means having a few ideas, but not being too upset if those ideas don’t pan out. A child might be too cranky for the idea to work, or the pose might not suit the family best. Have a few backup ideas, and don’t be afraid to try new things on the fly if none of those are working. Prior to the shoot, talk to the parents and find out what the kids are interested in—it may be a good idea to bring a few props for shoots with really young kids, like bubbles or balloons, to keep bring out once their boredom hits in order to get smiles the entire session. 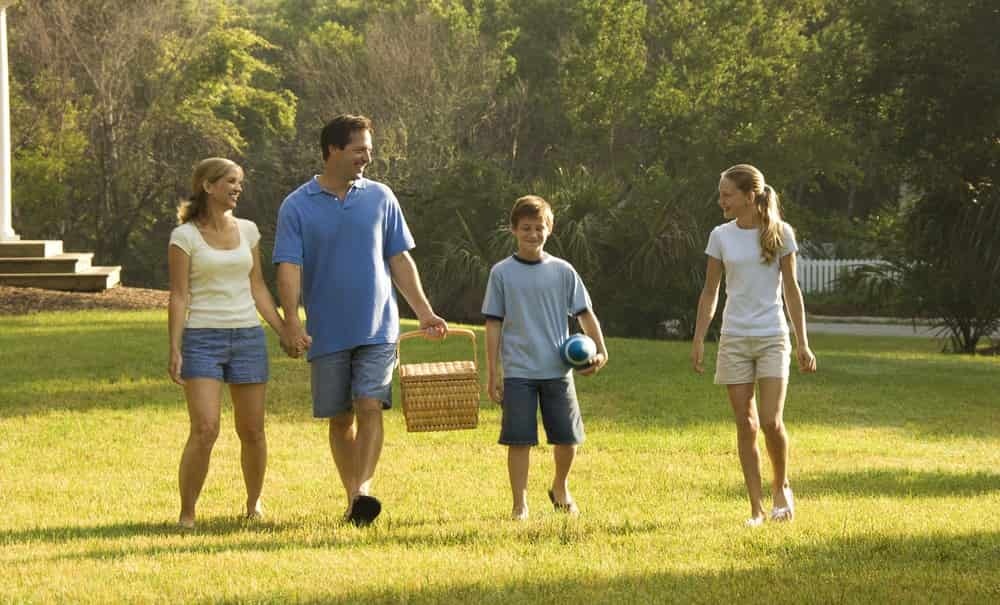 “Sit still” poses often don’t work for families with little ones. Instead, have the family walk and talk together. Don’t try to get them to look at the camera, just capture the way they are together. Piggy back rides work good for little kids, or holding hands or simply however the family feels comfortable. You don’t want to force them into a pose that doesn’t really show their family dynamic well.

** **The best poses will create a triangle shape with the faces, because that leads the eye through the photo, yet still makes the family feel like one cohesive group. The traditional way of making a triangle with the faces is to have the tallest in the middle, but families with little kids don’t do traditional so well. The “tallest” could be the shortest with someone else riding piggy back. Or, mom and dad could be sitting while the younger kids come from behind.

Thinking triangles while you’re posing can be hard to do, especially with everything else that’s going on. So, if in the middle of your shoot you find thinking about geometry out of the question, aim for a simpler goal—just to have all the faces close together. That means working in layers so short kids aren’t so far away from mom and dad’s face, like using chairs or a fence or simply having mom or dad hold a child. 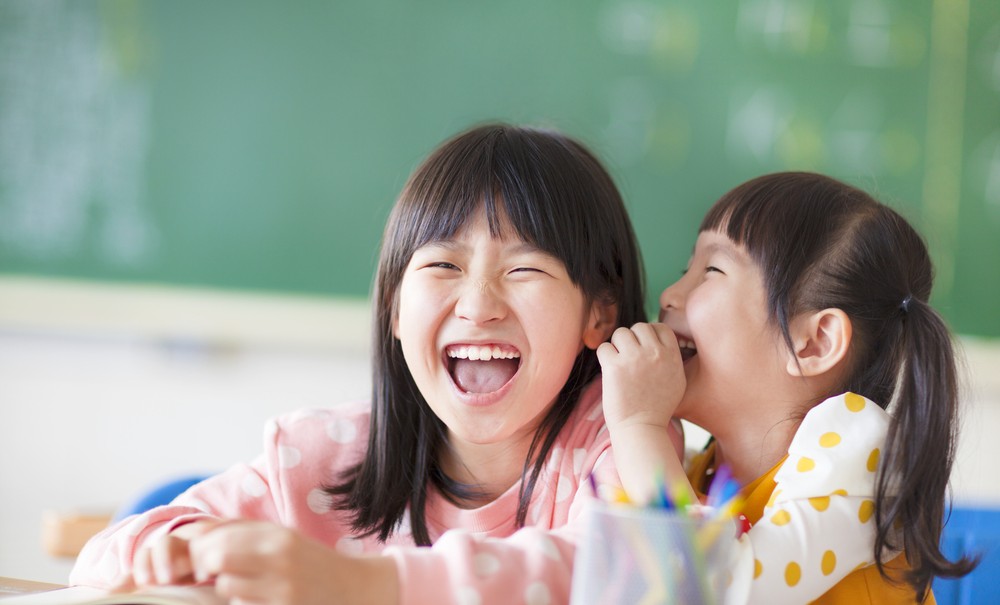 When you want a candid photo of everyone talking and laughing together, putting them together and saying “now talk and laugh” is just going to make everyone feel awkward. You have to create the moment. To get them to talk and get them close together, ask one or two family members to tell the others a secret. With some ages, kisses on the cheek work well too, though with older kids that might get you a pretty grossed-out expression.

Tip 3: Give an action instead of a pose

Remember going to get family pictures as a kid? It was a lot of dressing up and sitting with stiff smiles. Family photography doesn’t have to be that way. Instead, go for a bit more relaxed approach. Instead of sitting and posing everyone, give them an action to do instead. That could be taking a walk, blowing bubbles, playing tag, tickling the kids, surprising mom and dad from behind, going for a piggy back ride, holding hands, telling secrets, jumping…the possibilities are endless. Try to create actions that get everyone’s faces close together and move to new poses quickly, before that attention span runs dry. 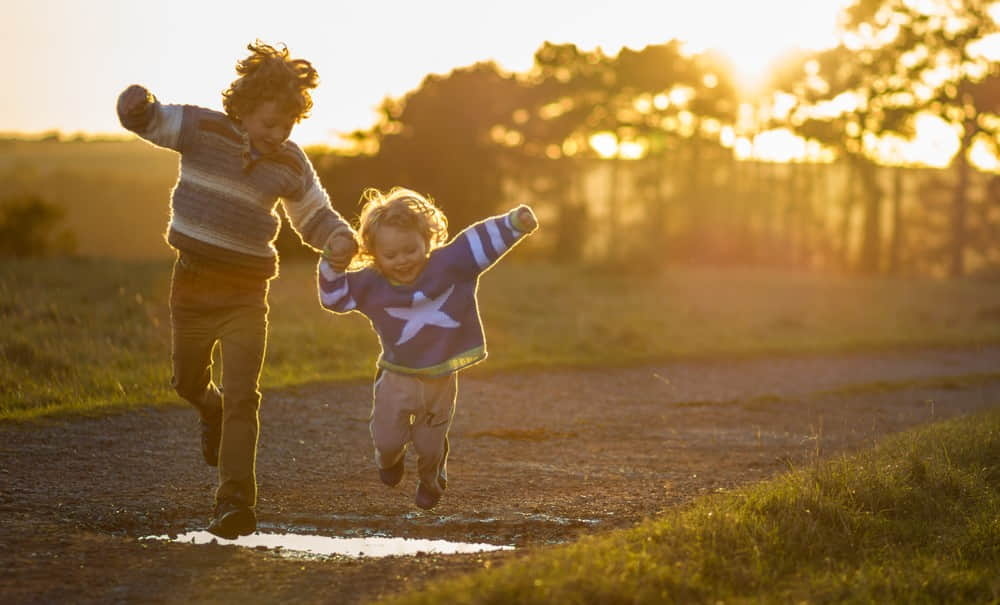 ** **It’s hard to frown while you’re jumping. There’s something about action that helps people relax a bit for the camera and gives younger kids something to do. Line everyone up in a row—holding hands if the kids are younger, or just near each other. Then, tell everyone to jump on the count of three. Make sure to have your camera focused before you even start counting, and the burst mode on.

A newborn can’t tell a secret or go for a piggy back ride. Make sure you know the kid’s ages prior to the session, and be sure to account for those age differences. Newborns can’t do much, but they also can’t run off—try poses with mom, dad or another family member holding the baby.

Toddlers are a boisterous bunch and are often much happier moving around. With toddlers in the family, keep poses short and try for poses that offer an action other than sitting and looking at the camera, like walking or playing together. Props can sometimes help distract a cranky toddler as well.

Elementary school kids might be a bit better at sitting and listening to directions, but you still want to keep them engaged so that they have genuine smiles. Still try action poses, and keep the “sit still” moments to a minimum. Kids at this age may enjoy sneaking up on mom and dad and surprising them.

Teenagers can be posed much like adults, but be flexible with teens in the picture. Most aren’t going to want to hold their siblings hands or kiss them on the cheek. Be sure to include them in the action poses. If you can, ask for their help on some so they don’t feel like all the attention is going to the little sibling. 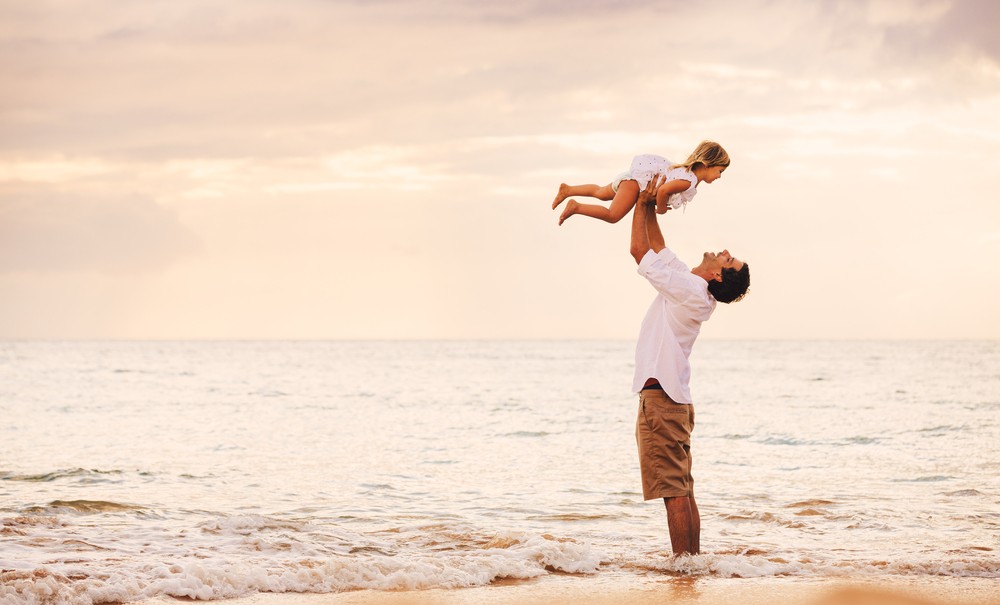 While younger kids may not be very good at sitting still, at least they’re still small enough to be tossed into the air. With younger kids, try having mom or dad toss them into the air, or spin them in circles or ask them if there’s a certain game they like to play. Be sure to turn your shutter speed up for these kinds of poses.

** **With more people in the photos, you never know when a child will start to get too crabby, someone will get cold or hungry or any of a number of other scenarios. Since you don’t know how much time you’ll actually be able to get everyone’s attention for, start with the most important poses first. If you have poses in mind that are less action oriented, start there, then move to action type group poses when the kids start to lose interest. Make sure you’ve gotten everything on your list of must-haves before you get creative and get them riled up with games.

With that in mind, keep in mind the youngest kids have the shortest attention spans. So, it’s also a good idea to get all the ones that the littlest ones are included in first. Save pictures like just mom and dad together for the end, while the kids are free to play during mom and dad’s turn. 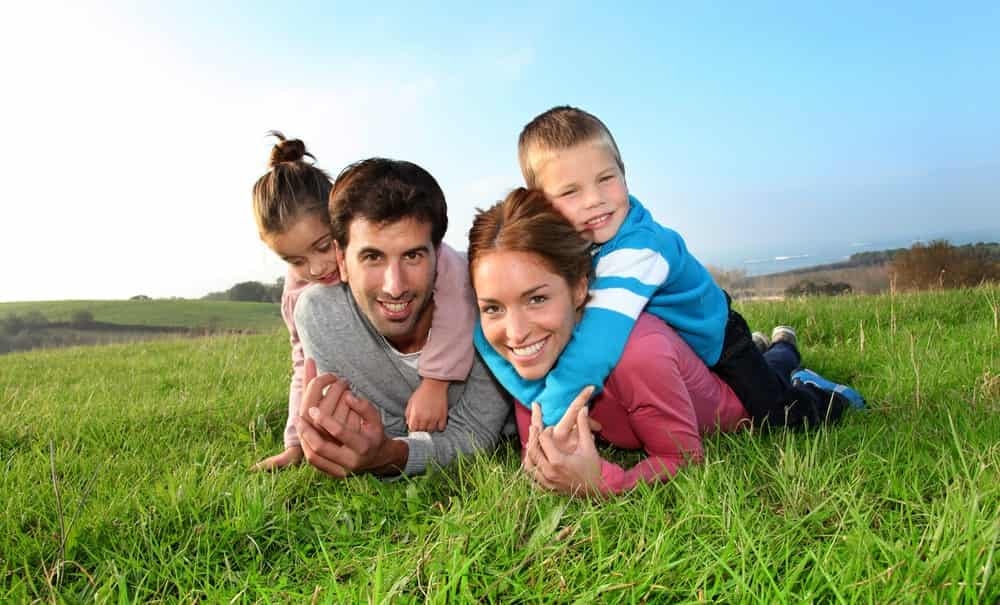 ** **Who says poses just have to be standing or sitting? Try one with everyone lying on the ground, either with their heads propped up on their elbows or lying completely on the ground with the cameras above them. Get creative with ways to keep the little ones entertained this way—perhaps looking for shapes in the clouds or with a bit of tickling from mom and dad to get the smiles going.

Family photos are challenging to capture, but when you truly capture a family’s dynamic, it can be very rewarding. Come prepared, but flexible enough to go with flow if what you planned doesn’t work for this particular family at this particular time. Try to create poses that put the faces either in a triangle or all on the same level. Creating an action, instead of a “sit still” pose, works well for many families. Be sure to account for the kid’s ages and have reasonable expectations for what they can do. Make sure to get the most important poses done first, you never know when a little one may lose all interest in photos.