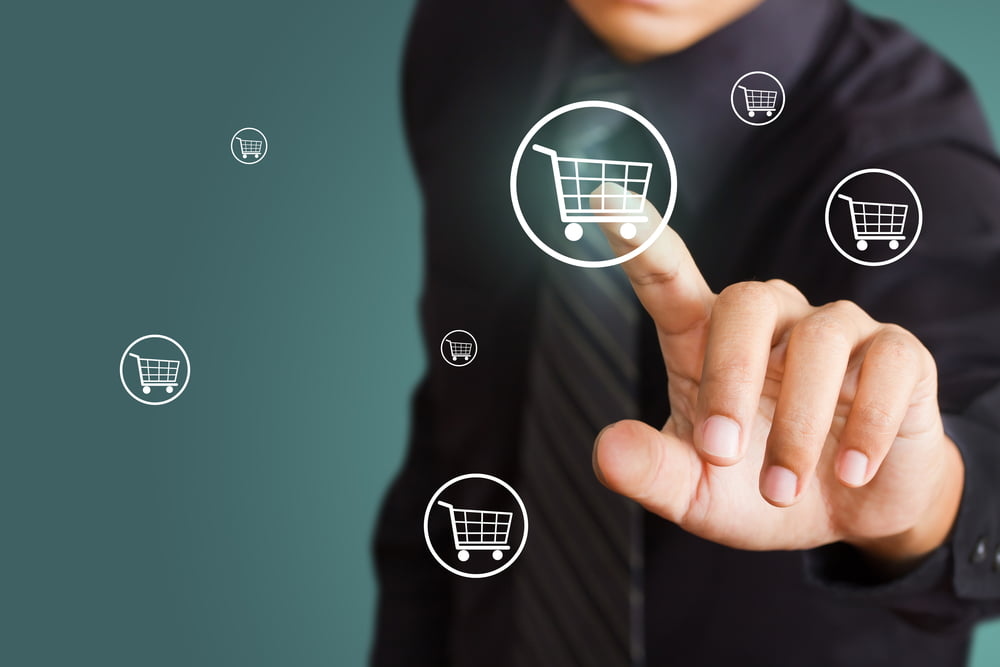 12 Critical Marketing Strategies For Brand Differentiation In A Noisy World

Brand differentiation is absolutely crucial for being able to attract customers to your particular products or services when you inhabit an already crowded market demographic. It takes a keen eye to see a niche you can carve out of such a market, and an even steadier hand to actually bring those plans into fruition. However, there are some lessons we can learn from some of the most successful – and least successful – attempts at brand differentiation throughout recent history. Here are 12 of the best and most critical digital marketing strategies that can be gleaned from the past and how they can be adapted for the future. 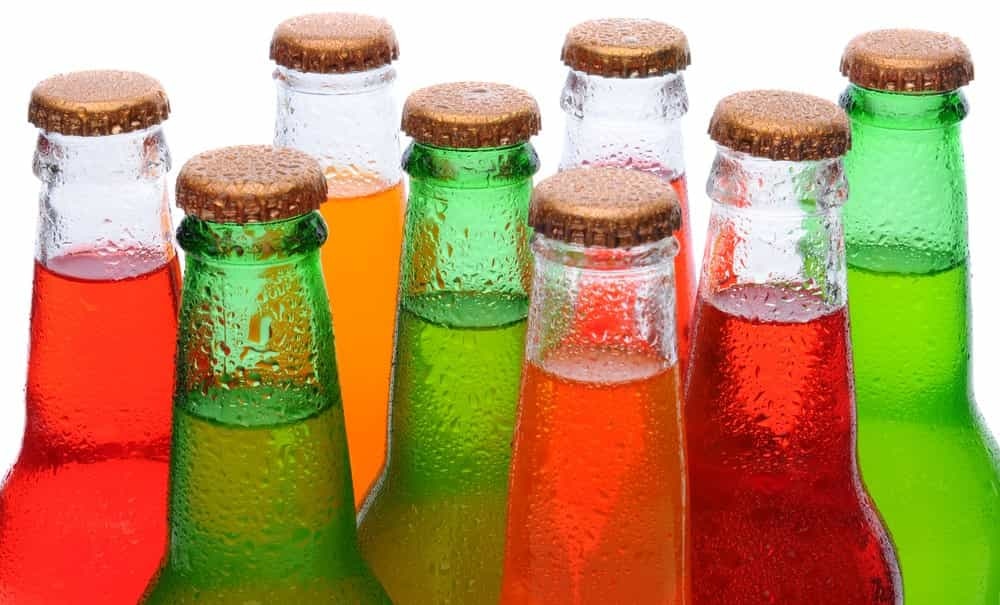 Quick, think about it: Coke or Pepsi? Most people can answer that question right off the top of their head. The two venerable soft drink companies have been locked in combat for more than a century, and while Coca-Cola might have an edge in market share, Pepsi has hung on tenaciously for decades and refuses to give ground. What can we learn from this rivalry?

1. Being first isn’t always a guarantee. Coke burst onto the scene in 1886, more than a decade before the formula for Pepsi was invented and it began going into mass production. It shows that established companies in a particular niche market can indeed be threatened by a newcomer that’s determined enough to make their own mark. Meanwhile, perseverance pays off, but not jumping at opportunities can be bad. Pepsi encountered any number of problems – including more than one bankruptcy – but managed to bounce back time and again. Meanwhile, Coke’s complacency during the times when Pepsi was on the rocks represents several missed opportunities to solidify its hold on a market.

2. Consumers love rivalry. Some of the most entertaining ad campaigns in history have been the Coke vs. Pepsi marketing measures pitting one against the other. Subtle (and not-so-subtle) digs made by Pepsi against Coke and vice-versa have kept the brand recognition for both companies clear as much as more mundane things like bottle shape and brand logo design have as well. 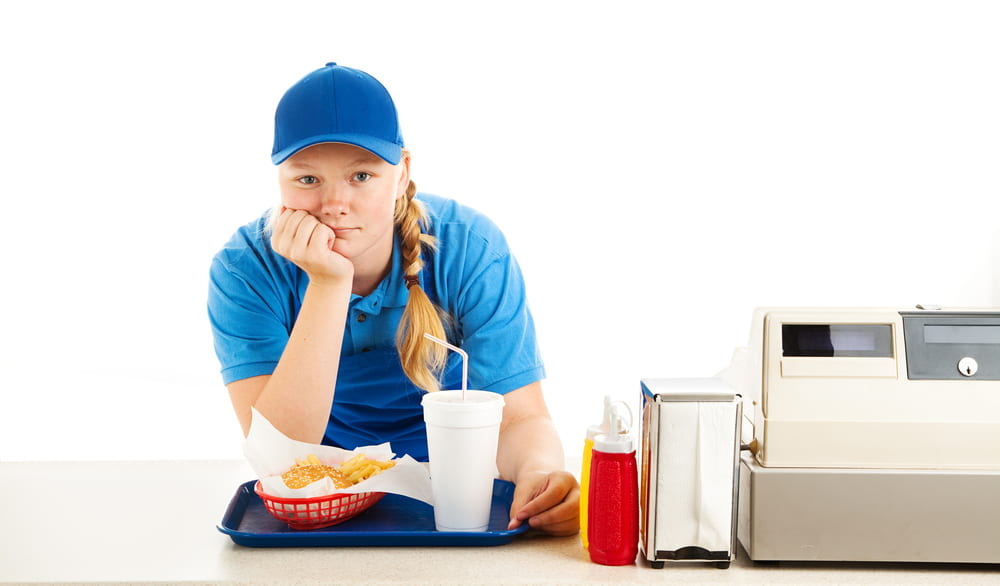 By the same token, the fast-food industry has also been a rich source of examples of good and bad examples of brand differentiation – especially in a world that’s so filled with consumer choices. Whether it’s the old lady from the Wendy’s commercial crying, “where’s the beef!?” or Burger King’s silent, menacing King stalking people in their homes, there have been some excellent examples as well.

1. It’s all about perception. When it comes to the rivalry between Burger King and McDonald’s, two hamburger joints that have essentially been providing the same style of food, the only differences between the two are in branding. McDonald’s has the ubiquitous Ronald McDonald, while Burger King has had a succession of less effective mascots that have had little lasting effect on making its brand stand apart.

2. Diversity is key. The other national or regional hamburger chains present in the United States, such as White Castle or Five Guys, all have their own niche carved out in the fast-food market by offering different fare. White Castle’s steam-grilled miniature square sliders are iconic and instantly recognisable, while no one forgets the giant boxes of peanuts and massive bags of potatoes that litter every Five Guys. However, sometimes too different isn’t good either. In the case of the only truly memorable Burger King mascot in recent memory, the mute and rather sinister King that was intended to be a counterpoint to the saccharine and overly-friendly Ronald McDonald, the King turned out to be memorable, but for the wrong reasons. He tended to creep people out more than entertain, and uneasy people don’t like eating hamburgers.

The Battle for Home Electronics Supremacy 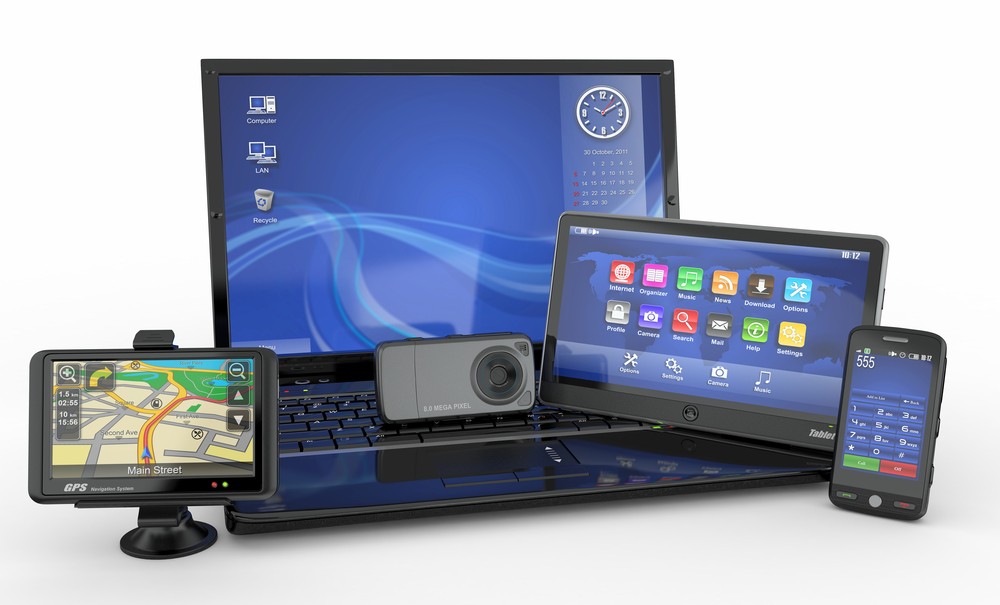 Unlike our earlier examples, where there were only a handful of real competitors, the home electronics market is awash in different companies all competing for market space. The number of different electronics manufacturers is legion, and only the most robust and agile of these companies can remain afloat for long.

1. Adapt or die. Everyone remembers how BlackBerry was the go-to mobile phone for business just a decade ago, but today the company is barely holding on while phone manufacturers like Apple, a company that constantly innovates with its line of iPhone handsets, has easily supplanted the original market leader. Divergent design is an important aspect of this. When there are a billion other companies out there and they’re all making devices that look the same, it’s time to shake things up. With companies like Samsung producing mobile phones with wraparound displays along their bevelled edges, it’s in an attempt to push the envelope of design in order to create additional buzz.

2. Use humour. Speaking of Apple, the “I’m a Mac/I’m a PC” commercials from years ago were wildly successful for their use of humour in touting the capabilities of one brand of personal computer while highlighting the limitations of another. Apple’s marketers also obviously learned the lesson of the Soda Wars in creating a heated rivalry that consisted of good-natured yet passive-aggressive rivalry.

Athletic Shoes and the Reebok Blues 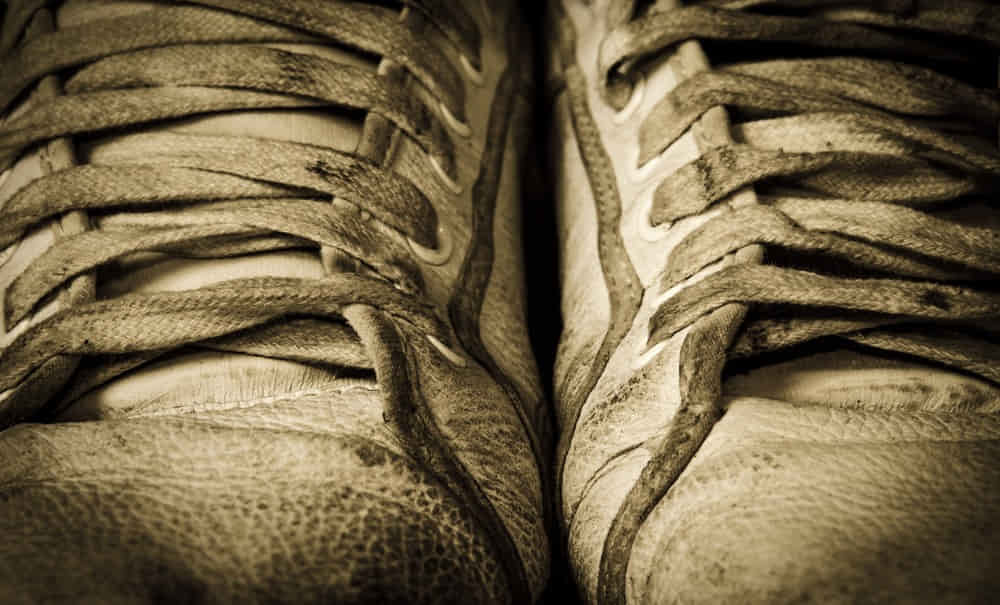 Another intense rivalry lasting three decades and more is the one between athletic shoe manufacturers Nike and Reebok. While in the beginning, Nike concentrated on more male-targeted demographics while Reebok was more at home in marketing athletic shoes towards women, the two companies soon became embroiled in one of the most vicious attempts to differentiate their brands from one another in history.

1. Never underestimate the power of a spokesman. In the 1980s, Reebok had begun to chip away at Nike’s market share in male and female athletic shoes until the latter signed Michael Jordan to endorse their products. Jordan’s prominence in the cultural eye and his natural charisma supercharged Nike’s efforts to show consumers why they should choose one type of shoe over another.

2. Embrace controversy. Nike twisted the blade in Reebok by continuing to needle and barb the other shoe company throughout the 1980s and 1990s. The 1992 Olympics saw Jordan draping US flags over the Reebok logos on the US basketball team’s tracksuits, and the company’s president even went as far as to donate $25,000 to the legal defence fund for Tonya Harding after she stood accused of conspiring to attack Nancy Kerrigan – a fellow ice skater that was signed to Reebok. At the same time, innovation also plays a strong role. While Nike has since mellowed out on its more nefarious or controversial attempts at differentiating itself as a brand, it’s still making waves by innovating. The company has developed new and groundbreaking technologies, with the latest being the first basketball shoe that can be put on with one hand in order to provide relief for individuals with disabilities. 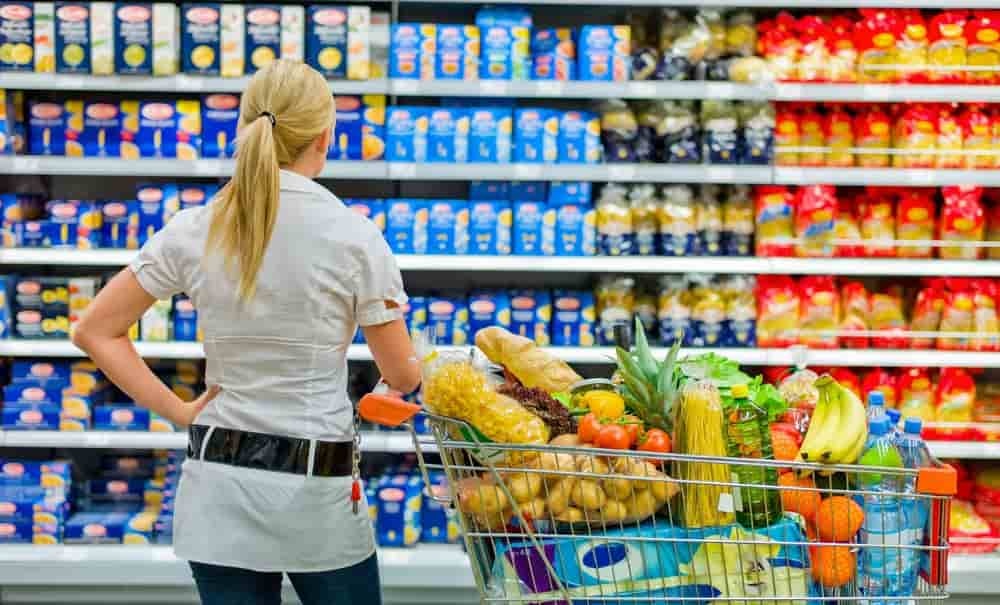 1. Careful brand management. Walmart, because of its discount prices, has earned a reputation – regardless of its accuracy – of being an undesirable place to be seen. In comparison, Target has positioned itself to appear more upscale without actually raising its prices significantly. For two stores that share around 80 per cent of the same products, this is a noteworthy statistic.

2. Never underestimate the public record. When news broke about how little Walmart paid its workers – despite being the biggest employer in the world – the backlash was immediate. While the company has since agreed to pay their employees something closer to a living wage, the damage has already been done among more socially-conscious shoppers. This is a very strong example of negative brand differentiation. 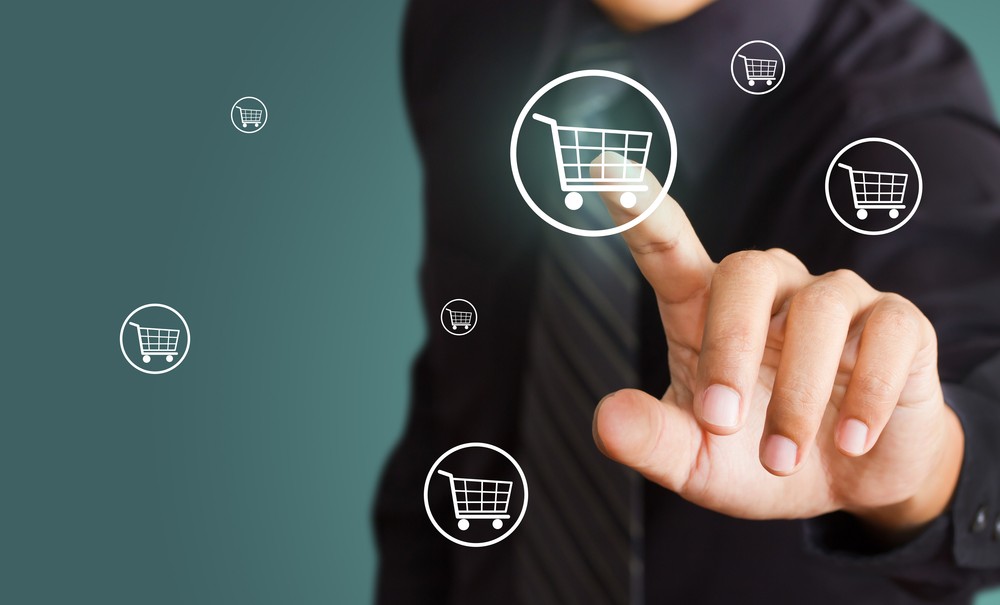 1. Harness online marketing. You need to turn to social media platforms such as Facebook, Twitter, Pinterest and others in order to reach as many potential customers as possible – but you need to do it in an organic way or you’ll never get the results you need.

2. Don’t try to beat the best at their own game. Amazon will sell everyone everything. A website like Zappos, in comparison, specialises in shoes, choosing to compete with Amazon in just one sub-market and avoiding biting off more than they can safely chew.

Join 12+ million students who already have a head start
Sign up today and get 4 weeks free!
Start now for free

Jun 2021
How to Start a Business With No Money

Feb 2021
How to Become an Entrepreneur: 10 Entrepreneurship Characteristics You Must Have